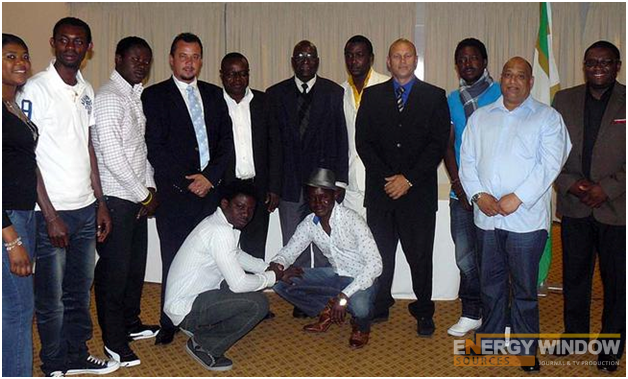 Have you been educated to the university level and you will like to pursue an international career in Africa and the Middle East? Then watch out for Total’s Young Graduate Programme!

Total founded the Young Graduate Programme in April 2014 – an innovation and initiative aimed at the young graduates spread across more than 40 countries in Africa and the Middle East where it has its operations. According to the French oil major, the programme will provide an opportunity for young graduates to discover their working lives through a genuine hands-on professional experience as well as gain an insight into how an international company operates.

“This programme”, Senior Vice President Africa and the Middle East for Total Marketing Momar Nguer says, “was visible and powerful evidence of our commitment in Africa and the Middle East, and of our willingness to tackle the concerns of these countries, as well as meet the expectations of young people living in them. For them, unlike young people living in Europe, finding an internship can be extremely complex – even if they have excellent university degrees.” Adding that by giving them their first professional experience and taste of life in an international company meant, in all intents and purposes, giving them a leg up the ladder and providing them with valuable support to establish themselves on the marketplace.

The Total Young Graduate Programme is a structured pathway of over a period of 18 months to be conducted in two key phases. Firstly, the young people are hired on short-term contracts where they receive training in finance, business or operations for six months at a Total subsidiary in Africa or the Middle East. Their performance, the company says, will be assessed and having met the required standards, the graduates are then sent to another Total subsidiary in the same region where they will work for a period of 12 months. And through this way, each of the countries in Africa and the Middle East where it operates would have benefitted from the expertise and experience that these young recruits have acquired in their own countries.

“So far, more than 100 talented young people have joined the programme, and around 20 of them are already in their second post, in a different country. The first months have been very positive and the programme is proving tremendously successful – we have received nearly 10,000 applications. The programme is set to be a long-term initiative with an objective to recruit, between now and 2017 more than 500 young people who would be expected to benefit from this opportunity”, says Christophe Mouret, Total M&S’s Vice President Human Resources for Africa and the Middle East.

Total is one of the largest integrated oil and gas companies in the world, with activities in more than 130 countries.