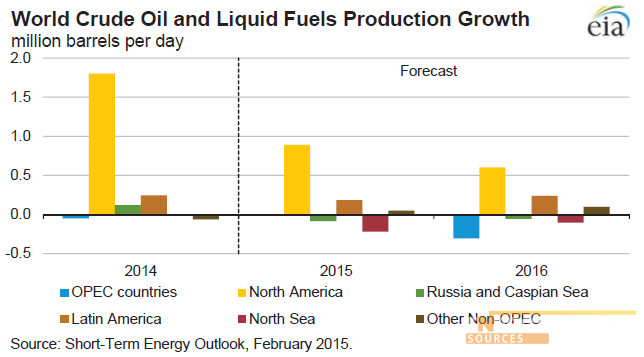 Total US crude oil production EIA says will decline from June through September from the initial average of 9.3 million barrels per day recorded in March. Projected total crude oil production will on the average stand at 9.2 million barrels per day in both 2015 and 2016, about 40,000 barrels daily and 100,000 barrels daily lower than in the previous months respectively.

The reduction in the crude oil production forecast will be necessitated by a number of factors but not excluding drop in rig counts. Oil rigs declined to the lowest level in almost 5 years as of early May, EIA said.