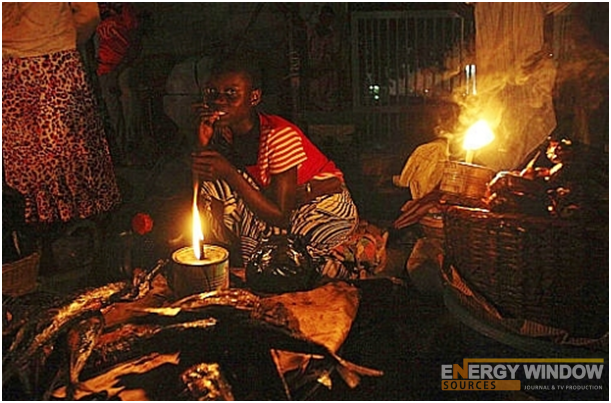 Kofi Annan has called on African governments, investors, and international financial institutions to significantly scale up investment in energy to unlock Africa’s potential as a global low-carbon superpower.

He made this call recently at a forum that seeks to address Africa’s power and climate, as well as their impact on the people.

The Africa Progress Panel report which called for a ten-fold increase in power generation to provide all Africans with access to electricity by 2030 is also expected to reduce poverty and inequality, boost growth, and provide the climate leadership that is sorely missing at the international level.

“We categorically reject” says Kofi Annan, Chairman of the panel “the idea that Africa has to choose between growth and low-carbon development.”

He added: “Africa needs to utilize all of its energy assets in the short term, while building the foundations for a competitive, low-carbon energy infrastructure” he said.

In Sub-Saharan Africa according to him, 621 million people lack access to electricity, and this number, says Annan is rising every day. He said that with the exception of South Africa, which generates half the region’s electricity, Sub-Saharan Africa uses less electricity than Spain. Adding that it would take the average Tanzanian eight years to use as much electricity as an average American consumes in a single month. He maintained that over the course of one year, someone boiling a kettle twice a day in the United Kingdom uses five times more electricity than an Ethiopian consumes over the same year.

“Power shortages diminish the region’s growth by 2-4 per cent a year, holding back efforts to create jobs and reduce poverty”, he stated.

Reiterating that despite a decade of growth, the power generation gap between Africa and other regions was widening, using Nigeria as a good example of an oil exporting superpower but whose about 95 million of its’ citizens rely on wood, charcoal and straw for energy.

According to the report, households living on less than US$2.50 a day collectively spend US$10 billion every year on energy-related products, such as charcoal, kerosene, candles and torches. And if measured on a per unit basis, the report revealed, Africa’s poorest households are spending around US$10/kWh on lighting – 20 times more than Africa’s richest households and by comparison, the national average cost for electricity in the United States is US$0.12/kWh and in the United Kingdom is US$0.15/kWh.

“This is a significant market failure” the panel said. Adding that Low-cost renewable technologies could reduce the cost of energy, benefit millions of poor households, creating investment opportunities, and cutting carbon emissions.

The report further said that Africa’s leaders must start an energy revolution that connects the unconnected, and meets the demands of consumers, businesses and investors for affordable and reliable electricity.

The Progress Report therefore urges African governments to among other things:

It also called for strengthened international cooperation to close Africa’s energy sector financing gap, estimated to be US$55 billion annually to 2030, which includes US$35 billion for investments in plant, transmission and distribution, and US$20 billion for the costs of universal access.

“A global connectivity fund with a target of reaching an additional 600 million Africans by 2030 is needed to drive investment in on- and off-grid energy provision” the report said.

The report further challenged African governments and their international partners to raise the level of ambition for the crucial climate summit in Paris in December, calling as well for a wholesale reform of the fragmented, under-resourced and ineffective climate financing system.

G20 countries should, the panel unanimously agreed, must set a timetable for phasing out fossil fuel subsidies, with a ban on exploration and production subsidies by 2018.

“Many rich country governments tell us they want a climate deal. But at the same time billions of dollars of taxpayers’ money are subsidizing the discovery of new coal, oil and gas reserves. They should be pricing carbon out of the market through taxation, not subsiding a climate catastrophe” Annan said.

While recognising recent improvements in the negotiating positions of the European Union, the United States and China, the report says that current proposals still fall far short of a credible deal for limiting global warming to no more than 2˚C above pre-industrial levels. It condemns Australia, Canada, Japan and Russia for effectively withdrawing from constructive engagement on climate.

“By hedging their bets and waiting for others to move first, some governments are playing poker with the planet and future generations’ lives. This is not a moment for prevarication, short-term self-interest, and constrained ambition, but for bold global leadership and decisive action,” Annan maintained.

He equally added: “Countries like Ethiopia, Kenya, Rwanda and South Africa are emerging as front-runners in the global transition to low carbon energy. Africa is well positioned to expand the power generation needed to drive growth, deliver energy for all and play a leadership role in the crucial climate change negotiations.”