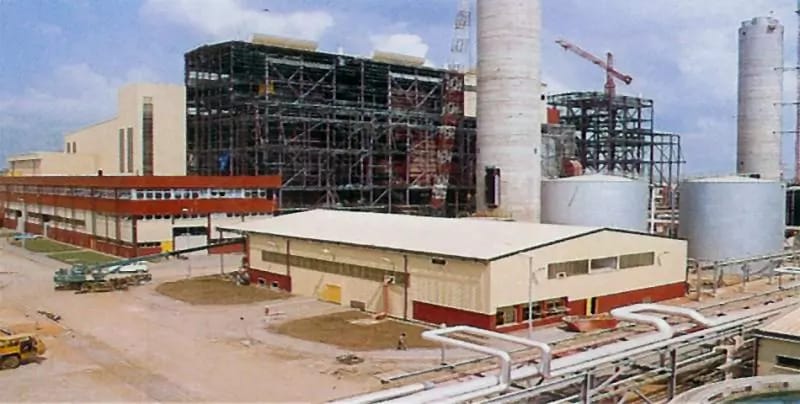 IN THE NEWS – For the first time since inception, Nigeria’s largest generation plant, Egbin Power Plc is generating consistently above 1000MW! Bravo to Sahara Power Group and Korea Electric Power Corporation (KEPCO) who have invested heavily to upgrade the plant. It would be recalled that eight years ago, the plant hit this same target and for barely two hours and never rose again until this time.

Prior to the privatization of the plant in November 2013, Egbin average generation was below 500MW also attributed to dismal state of its six units. At its lowest point, only two of the six units were operational.

Adesina also said the achievement was partly due to the direct intervention of the federal government in its determination to resolve the power crisis resulting from improvement in gas supply. “This is driving the increase in power supply in the nation and boosting socioeconomic development. Prior to this, we had invested heavily and had the plant ready to generate power at full capacity but there was no gas to do so. This is indeed a good development for the power sector in Nigeria,” he said.

“Through the injection of close to N50 billion in new capital into Egbin post privatization, the Sahara Power/KEPCO partnership has brought to the power plant, an unprecedented level of innovativeness, professionalism, human capital development and continuing investment in new technology. The control room panels, installed at the plant’s inception have been removed and upgraded to state-of-the-art digital panels. The highlight of the main plant rehabilitation occurred in the first quarter of 2015, when the company successfully rehabilitated ST Unit 6 bringing an additional 220mw to the national grid and restoring the power plant to its installed capacity of 1320mw,” he said.

Peavey noted that upon taking over the plant, the new management brought in a new lease of life to all the stakeholders in Egbin with a clear roadmap for consistent retooling and repositioning of the company to conform to the latest technology and ensure optimal performance. “In 2014, 107 young Nigerian graduate engineers were recruited into our Graduate Engineering Program (GEP), a fast track manpower and developmental program for high potential individuals. In the true spirit of national development, the engineers were sent to the National Power Training Institute of Nigeria (NAPTIN) for a year training under the Graduate Skills Development Program. They will also be reintegrated as soon as they are graduated, and we are excited to receiving them back to contribute their quota in strengthening the sector.”

“With these developments, Egbin is now equipped to generate power at its installed 1320MW capacity and we remain committed to sustaining the performance of the plant as we prepare to explore the prospects of expansion for enhanced power generation. We are already envisioning a future of 2670MW in a few years’ time and even go beyond to 10000MW in the next decade, if gas supply, transmission expansion and demand permits,” he added.

Commending the Federal Government for recent interventions in the gas situation that impacted power generation positively, the company’s Chairman called for more dynamic policies and incentives for sustainable gas supply across the nation.

“We must thank President Muhammadu Buhari and Vice President Yemi Osinbajo for their personal involvement and proactive approach to resolving the gas situation in the power sector. We believe that far-reaching consultations and incentives will give birth to robust policies that will transform gas production in Nigeria. We are confident that the current administration will deliver on this so that the nation can begin to take full advantage of the work we have done in Egbin as well as other improvements across the sector,” Adesina stated.

He pledged that the company would sustain its continuing capital investments and robust human capital development initiatives which include exchange programmes and training programmes for all cadres of staff.