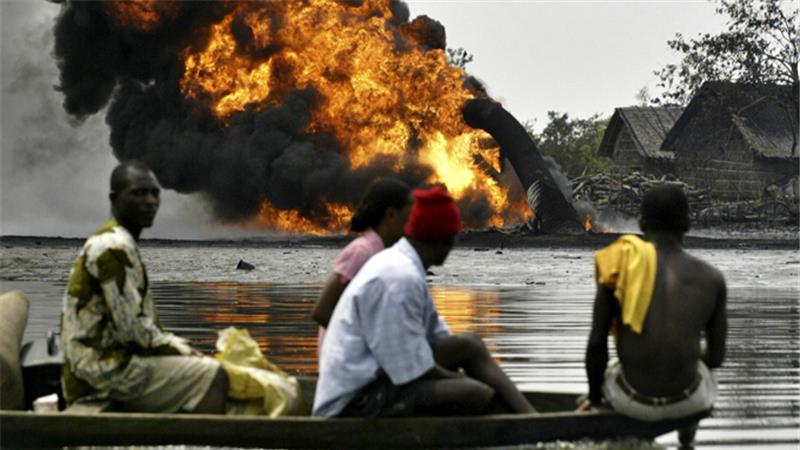 Shell has been accused of making false claims about the extent of its oil spill clean-up operations in Nigeria and urged to take more action to help worst-hit communities.

Amnesty International and the Centre for Environment, Human Rights and Development (CEHRD) charged the oil major with failing to implement recommendations from a critical 2011 UN report.

Amnesty and the CEHRD’s claims come in a new report, “Clean It Up: Shell’s False Claims about Oil Spill Response in the Niger Delta”.

The 38-page document said most of the recommendations of a UN Environment Programme (UNEP) report had not been implemented since its publication five years ago.

Thirteen out of 15 areas visited between July and September this year were still “visibly polluted” or contaminated, despite claims to the contrary by Shell and the government.

The inadequate clean up left thousands of people “exposed to contaminated land, water and air, in some cases for years or even decades,” said Amnesty researcher Mark Dummett.

The SPDC said it was “committed to the implementation of the UNEP report”.

It had “initiated action on all the recommendations addressed directly to it,” it added.

“We disagree with the assertions made with regard to implementation … and would like to reiterate that we have consistently and publicly reported our actions in this regard as well as highlighted ongoing challenges of crude oil theft and illegal refining,” the SPDC said.

The claims come a week before the 20th anniversary of the execution of Ken Saro-Wiwa, who helped bring the extent of oil-related ecological damage in Nigeria to the world’s attention.

Wiwa and eight community leaders from Nigeria’s southern Ogoniland area were hanged on November 10, 1995 after being convicted at a secret trial of murdering four local chiefs.

Special vigils and protests outside Shell petrol stations are planned in the run-up to next week’s anniversary, Amnesty said on Tuesday.

But campaigners said communities in the creeks and marshes of Nigeria’s oil-producing southern delta region were facing the same problems Wiwa highlighted two decades ago.

“Twenty years; nothing has been done,” Fyneface Dumnamene Fyneface, a human rights and environmental activist from Port Harcourt, said in a statement.

“Ogoniland is still polluted … no clean-up has been done … justice has not been achieved. Twenty years and what they fought for has not been addressed. That cannot continue.”