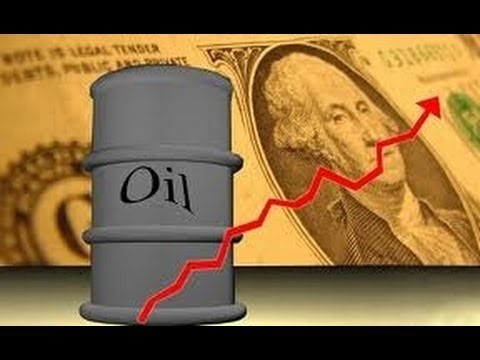 The great oil boom of the 70’s has resulted in dramatic growth in the socio-economic life of the Nigerian nation. Most of these changes are positive per se. But the greatest impact has been the intensification of the practice of tribal politics in the political scene with its concomitance of favouritism, nepotism and patronage in every aspect of Nigerian life.

This practice is summed up in the Igbo (Southeast region of Nigeria) catchword ‘ima nmadu’ (IM syndrome). Literarily translated, this means ‘god fatherism’. This practice has dwarfed all the evils of ethnicity and equally constitutes the bedrock of corruption, inefficiency and mismanagement in the Nigerian society of today.

It has also submerged the doctrine of merit, set aside the federal character as entrenched in Section 153 (1), (paragraph 7) of the 1999 Constitution of the Federal Republic of Nigeria. It has not only done this, it has cast aspersions on the ethics and conscience of sound social values, practice and behavioural attitudes.

The boom changed our pristine moral philosophy. Previously the social language is ‘No food for the lazy man’. These words encapsulated the social attitude of diligence, commitment and hard work. Thereafter, the language has now metamorphosed to a new social maxim, ‘Monkey dey work, bamboo de chop’. This means that while one is doing the toiling, another is doing the feasting. This is where our problem began.

The issue of the National cake is an adjunct of this social malaise. A resultant question from this scenario is, ‘who baked this national cake?’ Since we are hell bent on having a morsel of this cake, what share are we to bequeath to our future. What potion will we have left after we have gratiated our greed so handsomely.

This brings to mind the story of the Nigerian politician who went to an eatery for a meal on seeing a signpost, ‘COME AND HAVE YOUR FREE LUNCH, YOUR GRANDFATHERS HAVE PAID FOR IT.’ On the strength of this the man went in and gorged himself to satisfaction. On leaving, he was presented with a bill. The man was worried and questioned the rationale for the bill judging from the fact of the advertised message. Not only this, he complained of the outrageous amount in the bill. The manager of the canteen explained that 10 years ago, a plate of meal was N5, presently it is N500, but 20 years from now, and at the rate of inflation in the country, it will be well over N5, 000. For the restaurant to be in business, he has to pay for his grandchildren, and the bill of N5, 000 given to him is far below the price for same meal 20 or more years from now.

The message from this is if we are not mindful of the harm we cause in the present, we are billed to expend much more resources to secure the future we want.

The climax of our assiduous ethical denigration is the decay in infrastructure, epileptic state of social amenities and a nation tottering on the brinks of inactivity and socio-economic inertia. The sector most severely affected by this decay is the energy sector formerly National Electric Power Authority, NEPA. The dysfunction in the system is so adverse that Nigerians renamed the Acronym, ‘Never Expect Power Always’.

Adesegun Akin-Olugbade, the Executive Director and General Counsel of African Finance Corporation, AFC, captured this similitude. He said, ‘Growth of the Nigerian economy cannot be fully realised without an efficient and functioning power sector’

AFC is a multi-lateral finance institute established in 2007 to drive private sector infrastructure investment in Africa. It is presently in partnership with USAID in the US Presidential “Power Africa Initiative”, which is the brainchild of President Barrack Obama. It is aimed at boosting investment in Africa’s power sector over the next 5 years.

The problem of inadequate power has been identified as the major challenge confronting Africa’s economic under-performance and poor capital development. With exception of South Africa, per capita energy consumption across Africa is far below the benchmark for developing economies.

Presently, unemployment rate in Nigeria stands above 20% of the total workforce. Efforts to reduce this percentage through various fiscal policy measures and socio-economic intervention strategies have failed to yield positive results. The worse hit is the manufacturing sub-sector of the economy. The instability at the power industry has left this sector groveling at less than 40% production capacity. Some of the operators therein have relocated to neighbouring countries to take advantage of the economies of scale elsewhere.

While the educational and technical institutions that abound across the length and breadth of the country turn out steady cartload of half-baked and semi-skilled graduands into the labour market, firms that will absorb them are steadily going under. The impact is economic distress and socio-political unease.

Efforts at correcting the problem have been half-hearted. Subsequent administrations, both military and civilian, have recourse to the sector as loophole for capital flight and money laundering out of the country.

It was at the inception of the fourth Republic that concerted effort was made to restructure and reposition the sector to meet the challenges of the present millennium.

“By 2020, the energy sector will be the major engine of the nation’s sustainable social, economic and industrial growth, delivering affordable and constant energy supply effectively to other sectors of the economy.”

The policy thrust of Vision 2020 (now Vision 2030) is thus, to make Nigeria one of the top 20 economies in the world by year 2030, according to the new slogan. To attain this, the Vision projects of electricity generation capacity of 40, 000 MW prior to this time is crucial. This will also be a monumental leap to the current generation capacity put at different levels by the stakeholders of the industry. Apart from generation, the greatest problem bedevilling this sector is in the area of transmission. Poor technical competence in the sector has resulted in incessant electricity losses which is the primary cause of the perennial outages in the country.

It was in 2000 that tangible efforts were initiated for sectoral reforms in the energy industry. This was when the National Electric Power Policy, NEPP was issued. The Federal Executive Council gave approval to this policy which recommended for the privatisation and commercialization of NEPA, the multi-lateral public monopoly bestriding the power sector. The Council called for a significant change in the ownership, control and regulation of the sector. This decision led to the promulgation of the Electric Power Sector Reform Act. EPCR, in 2005.

The Act created the Power Holding Company of Nigeria, PHCN, which was to act as a holding company for the unbundling of the power sector assets. To give intending investors confidence that they will not be burdened with the liability of the corporation, the Act made for the establishment of The Nigeria Electricity Liability Management Company. To this firm was to be transferred the total liabilities of PHCN on dissolution.

The unbundling of PHCN saw the creation of 18 successor companies made up of 6 Generation companies (Gencos), 11 Distribution companies (Discos) and one Transmission company (Trnsyco). With the exception of the transmission company, the Gencos and Discos run as private corporations on pure commercial interests. Trnsyco on the other hand maintains its status as a government corporation but for effectiveness, it will be concessioned out to a private firm on a PPP arrangement. Bid for this was concluded and the preferred company for its management – Manitoba Hydro of Canada upheld.

For a seamless interface between the Gencos and the Discos the ESPR Act allowed for the establishment of the Nigerian Bulk Electricity Trading Company (NBETC), acting as guarantee to reluctant investors in Gencos, taking cognizance of the fact that the Discos have no proven performance record. This also entailed the need for a Power Purchase Agreement to cover sale of electricity to the Discos.

These were measures aimed at injecting new impetus into a sector which were beleaguered by corruption, ineptitude and stagnancy. According to the former Minister for Power, Professor Chinedu Nebo, the sector gulped US$35 billion in the past 10 years (an average of US$3.5 billion annually). In spite of this monumental commitment, the sector only added a meagre amount of power over the past 10 years.

Nevertheless, what would one expect in a sector that did not employ a single engineer or professional for a couple of years until just recently when NAPTIN, (National Power Training Institute of Nigeria) decided to take the bull by the horns by engage Nigerian people in specific power engineering courses and training programmes.

Speaking at the graduation ceremony of about 156 engineering students of the institute, the Director General of the school, Reuben Okeke commended the efforts of organizations and individuals for making the training and graduation possible. Adding that 79 who received training as distribution engineers, 73 generation engineers and four transmission engineers were expected to be employed immediately to help boost power production and electricity stability in Nigeria. “I have no doubt in declaring unequivocally that all the 156 graduates are fit to work in the Nigeria power sector”, he said.

Also speaking at the graduation event, the Chairman of Sahara Group, owners and operators of Egbin Power Station in Lagos, South West Nigeria and sponsors of 100 out of the 156 students, Kola Adesina, said the sponsorship and other investment plans were all intended to help raise capacity to 2, 670MW by 2017 and 10, 000MW on or before 2025. “This is the only way of ensuring effective and constant power supply in the country”, Kola Adesina said.