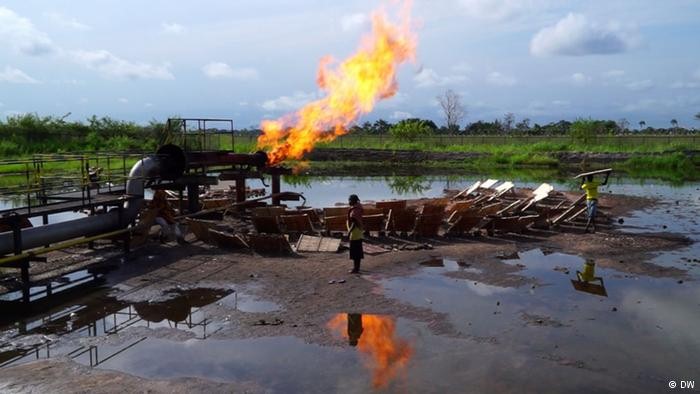 In the words of the former Company Director of External Relations of Nigeria Liquefied and Natural Gas Company, NLNG, Siene Allwell-Brown, “may be Nigeria tried harder, may be it didn’t try quite so hard – just did some things a little differently….” Whichever, Nigeria has no doubt emerged out of the vicious circle of false starts with a world-class LNG facility, world’s fastest growing LNG plant, world’s fastest growing and dedicated LNG fleet, world’s HSE performance, and more importantly, making tremendous efforts to address the huge gas flare that has been the order as oil companies committed all their energies and resources exploring for oil.

The driving spirit is also captured in the words of the Company’s former Managing Director, Chris Haynes, “One LNG cargo down the river everyday, delivered to its destination with no one hurt” – a rare feat in today’s LNG world.

The first step of a one million miles journey that culminated to the world-class edifice in all criteria and standard – at the South-South Bonny Island commenced sometime in 1989 with the incorporation of Nigeria LNG Limited whose aim was to harness Nigeria’s abundant natural gas resources and produce liquefied natural gas LNG and Natural Gas Liquids, NGL’s for exports. With the Final Investment Decision, FID signed in 1995, and the contract award of the Turnkey Engineering Procurement and Construction, EPC plant, the gas transmission system and the residential area to a consortium of foreign firms, the stage was set and by October 1999, the first export of LNG cargo was recorded, while the first condensate cargo was achieved the following year.

A joint venture between what hitherto is called the Nigeria National Petroleum Corporation, NNPC with (49%), Shell (25.6%), Total LNG Nigeria Limited (15%) and may be ENI was consolidated, and so its vision of “a global LNG company helping to build a better Nigeria” was timely and heartwarming. With the attainment of this vision in record time, the Nigerian LNG ultimately presented a reassuring, attainable dream of “a globally competitive Nigeria harnessing her vast human and natural resources to build a better country” with a solid and unique base. The company has equally and consistently delivered on, and in most cases, surpassed expectations from stakeholders and staff to suppliers and consumers, and from government and competitors to the larger society; it has indeed carved a niche for operational excellence, cost efficient leadership, high Human and Safety Environmental standards, with honesty and integrity as its watchwords. The company is indeed helping to mould a better Nigeria by utilizing the country’s enormous gas resources wasted in the course of oil exploration and production.

Expressing concern that questions of reduction, and or, elimination of gas flare were usually directed to the wrong people and place, Dr. Kudo Erasia Eke, General Manager, External Relations of the company said the company has only taking up the trouble to “eat” the flames oozing through the pipes to help put out the flames, diversify the economy and clean up the environment as oil majors only concentrated in gathering what they consider as primary product – oil. This is better appreciated with the background of environmental degradation and untold hardship unleashed on Nigeria’s Niger Delta by decades of unrestrained gas flaring. Nigeria LNG has also set a standard in community relations and technology transfer to Nigerians, and has actively promoted a sustainable development of Nigerian businesses. Recently it announced its plan, in collaboration with the Royal Dutch Shell though, to provide the Bonny Kingdom with N3 billion annually to support development of man and material in the area, consistently executing and operating its business in Nigeria in accordance with international standards and basic outlooks; this of course bears record to its background formation and business intents. Little wonder to-date, several gas to liquids, GTL’s and proposals for additional LNG facilities in Nigeria are in different stages of completion.

With six trains in operation, the entire complex (plant) has the capacity to produce about 22 million tonnes per annum, (mtpa) of LNG and 5 million tonnes per annum (mtpa) of Natural Gas to Liquids, NGL’s (Liquefied Petroleum Gas, LPG), and Condensate from 3.5 Billion (Standard Cubic Feet) per day of natural intake. And with the completion of Train 7 which is already on track, the production capacity is expected to hit 30 mtpa of LNG.

According to NLNG’s facts sheet, “the plant has rapidly and successfully made the transition from a construction project to a stable production operation, with a robust delivery chain underpinned by relentless focus on asset integrity and HSE assurance” This also has made NLNG to achieve within a short span a mile stone and status of a reliable supplier of LNG in the Atlantic Basin, servicing the European and the North Atlantic markets.

Hugh Mitchell, then Director HR, Royal Dutch Shell Group, who paid a visit from the Hague on a working tour to the plant pointed at what he called “the proven success of LNG” while his colleague and then Vice President HSE and Security captured it succinctly, saying “NLNG has set a standard other companies need to strive to achieve.” Yet another group comprising NNPC principal officers and NLNG stakeholders who paid similar visit equally expressed satisfaction, adding that “the pace of development was a national pride to them.” An opinion Dr. Erasia Eke held and demonstrated with so much passion and enthusiasm as he addressed members of the National Association of Energy Correspondents, NAEC at the organization’s secretariat in Lagos recently in continuation of the latter’s exclusive and interactive programme initiated to strengthen its ties with oil and gas companies in Nigeria as well as provide, perhaps, first hand and reliable information that may further the country’s oil and gas expansion programmes. Dr Erasia Eke was accompanied by the company’s Media Head, Anne Maria Palmer-Kuku.