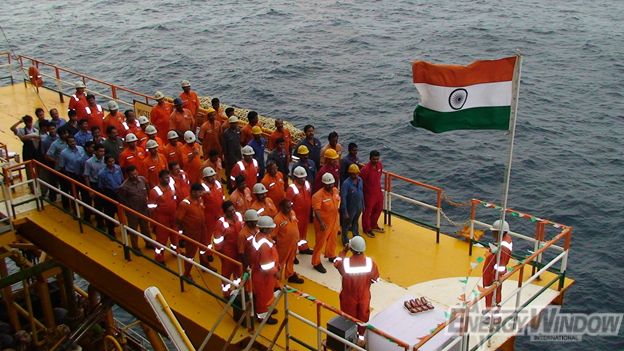 India’s Oil and Natural Gas Corporation, ONGC board of directors have approved investment of $5.1-billion for the development of two oil and gas fields in the deepwater block KG-DWN-98/2 located within the Krishna-Godawari basin offshore eastern India.

Known as Cluster 2 is divided into two parts with 2A estimated to hold 94.26 MM metric tons of crude oil and 21.75 bcm of associated gas in reserves, and Cluster 2B in-place reserves estimated at 51.98 bcm of free gas.

The company was reported to have said it plans to develop the Cluster 2A “FPSO” oil fields with 15 producer and 12 water injection wells, with peak production expectation of 77,305 b/d of oil and 3.81 MMcm/d of associated gas. It sees peak water injection at a rate of 9,400 cu m/d.

Peak production rate of free gas is envisaged at 12.75 MMcm/d from eight wells of Cluster 2B.

Project facilities include a gas processing platform with a bridge-connected living quarters platform for processing gas from free gas wells; 430 km (267 mi) of subsea pipelines of various sizes from 6-in. to 22-in.; about 151 km (94 mi) of umbilical and 10 manifolds and riser-based manifolds; and an onshore gas-handling terminal.