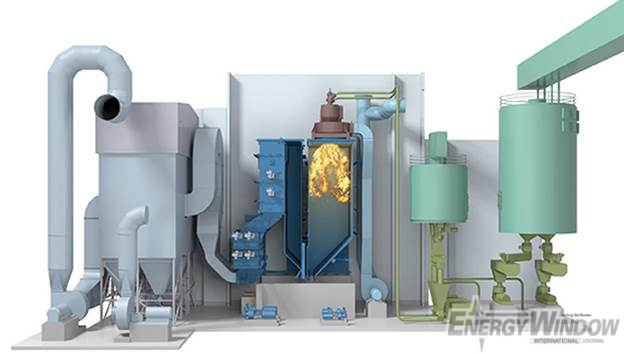 Valmet, Finnish power and paper giant has received an order to supply a wood pellet heating plant to Helen Oy’s Salmisaari power plant. The wood pellet plant will aid Helen increase the use of bio fuels in district heat production in the country’s capital of Helsinki.

A new plant which is expected to help the city of Helsinki meet its aim of increasing its production of renewable energy is scheduled to take place at the beginning of 2018.

The order whose value was worth over EUR 20 million was included in the company’s second-quarter orders received in 2016.

“In designing the Salmisaari wood pellet plant, we have been able to utilize the experiences gained in earlier, similar projects. The plant fulfils the tightening environmental requirements by utilizing a low-NOx burner technique and efficient dust removal. Pellets made of barkless raw material as well as industrial pellets, which have been produced by also including bark and forest residue, can be utilized as fuel at the plant,” says Kai Mäenpää, Vice President, Energy Sales and Services Operations, Valmet.

Valmet will supply the wood pellet heating plant as a total delivery which includes fuel conveyors from the existing storage silos, wood pellet grinding and the wood dust equipment, hot water boiler and flue gas cleaning by way of a bag hose filter.

In addition, Valmet will supply the plant construction, electrification and a Valmet DNA automation system. Helen will be in charge of the construction of the foundation.

The district heating capacity of the plant will be 92 megawatts (MW). Once in operation, the new plant’s energy output will correspond to the heating needs of 25,000 two-room apartments.

Helen Oy`s business consists primarily of the production of electricity, district heating and cooling, as well as energy distribution and sales. The company’s aim is to produce energy in a carbon-neutral way by the year 2050.

Valmet is the leading global developer and supplier of technologies, automation and services for the pulp, paper and energy industries.

US $25bn investment needed to guarantee worldwide electricity access by 2030