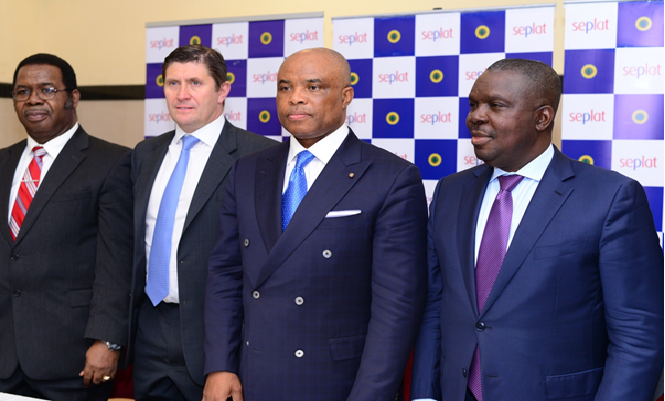 SEPLAT Petroleum Development Company Plc, says it is committed to enhancing gas productivity and growing its portfolio targeted at closing the wide gap within the domestic gas industry of Nigeria and the power sector.

At its 2016 AGM with about 500 stakeholders in attendance in Lagos recently, the company said the approval of the final dividend of US$0.04 per share, with total dividend payment $0.08 per share for 2015 was a strong boast.

Speaking on the company’s 2015 results, the Chairman, ABC Orjiako affirmed that the company made progress on all aspects of strategically delivering best-in-class production and reserve growth to about 185% year on year notwithstanding the obvious headwinds facing the sector.

In its press statement, the company said it successfully completed and commissioned the Oben gas plant 1 expansion, making the company’s overall gross processing capacity double to the tune of 300 MMscfd, a significant step forward for its gas business, according to the company.

Alongside the significant increase in gas production, the positive financial impact of SEPLAT’s gas business was evident as revenues from gas sales increased 185% year-on-year to US$77 million.

The Chairman further stated that Seplat’s position as Nigeria’s leading independent E&P Company has been reinforced in the past 12 months during which we delivered on corporate performance target despite the oil price volatility. “Our resilience is testament to the quality of our business, our strategy, our management team and staff, and our adherence to strong corporate governance policies”, the chairman said.

On the company’s performance, the CEO, Austin Avuru said, “In 2015 we delivered on what was in our control, posting best-in-class reserves and production growth and taking our gas business across a transformational threshold with further expansion still to come. We acted quickly and decisively in response to the weak oil price environment, adjusting our work programme and cost structures. Against a bleak industry backdrop, we remained profitable with a strong balance sheet underpinning us.”

About 2016 performance he said: “…2016 full year production expectation has been impacted by the current shut-in of the Forcados terminal. However, we are much better positioned to withstand such interruptions than in prior years. Our gas business takes on additional importance by providing a continuous revenue stream that is de-linked from the oil price. Our enlarged portfolio offers us the scope for greater diversification.”

Working interest 2P reserves at the end of 2015 had increased 71% year-on year to 480 MMboe, with a further 98 MMboe recognized as 2C resources. Total reserves is at 578 MMboe.

Looking ahead throughout 2016, the Company said it has set full year production guidance at 41,000 to 48,000 boepd and expects its capital expenditures to be around US$130 million.