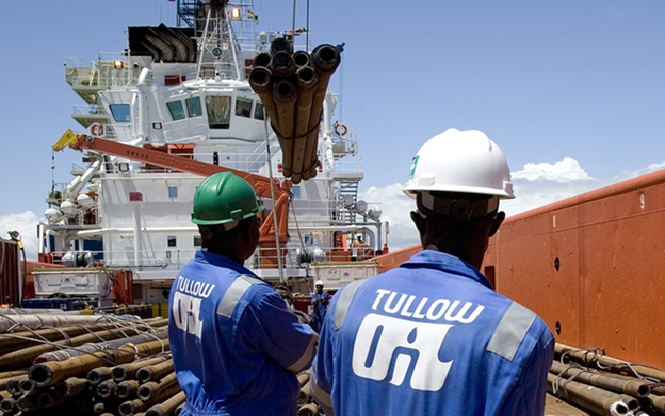 It was the field’s first oil, coming on time and on budget, just about three years after submission of its Plan Development to the Ghanaian authorities.

Crude from the TEN fields will flow to the FPSO Prof. John Evans Atta Mills and Tullow expects oil production to ramp-up gradually towards the FPSO capacity of 80,000 bpd through the remainder of 2016. The company estimates that TEN average annualized production in 2016 will be approximately 23,000 bpd gross.

Tullow’s CEO Aidan Heavey was quoted to have said:  “I am delighted that the TEN fields have reached first oil. This is an important moment for Tullow as production begins from our second operated development in Ghana. I thank the Government of Ghana, the Petroleum Commission and our partners – GNPC, Anadarko, Kosmos and PetroSA – for their support and co-operation since we made the first discovery in 2009. I also congratulate the project team, our contractors and sub-contractors for delivering this project on time and on budget and with great skill and professionalism and commend them for their commitment to the participation of Ghanaian staff and companies in the project.”