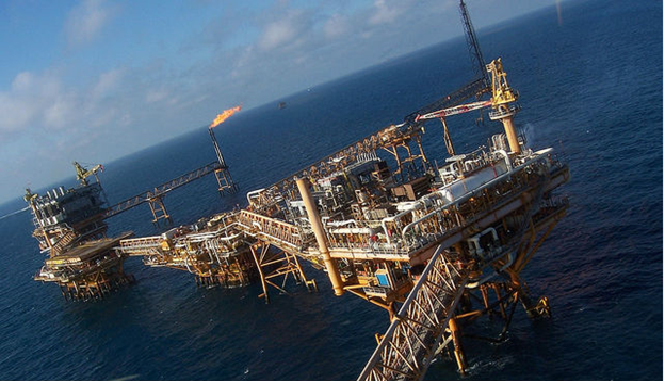 The East African country of Tanzania is ranked among the poorest countries in the world with a per capita Gross Domestic Product, GDP of $1,700 (according to a 2013 estimate), though with viable potential for growth.

It has a GDP annual growth rate of 7% which is anchored on its major economic products, Gold and Tourism. Lately, the economy has received significant boost and activities in the extractive industry has been buoyed by exploration of hydrocarbon deposits at the Songo Songo fields along its Indian Ocean coastline.

The economy of the country, like most African countries, is based mostly on agriculture. Agriculture engages approximately 80% of the labour force and accounts for 28% of the Gross Domestic Product, GDP; the Services and the Industrial Sectors on its part absorb 20% of labour and account for the bulk of the GDP. The high incidence of activities in the agricultural sector amounts to an insignificant cut of the economy judging from the fact it employs an overwhelming percentage of the manpower.  Reason is because agriculture is predominantly at a subsistence level. The tourism industry contributes a significant chunk of the services business.

How true that Tanzania has a high debt burden. It is equally true that her present level activities within her economy cannot provide reasonable guarantee against freeing the economy from gruesome indebtedness. So the question that readily comes to mind is ‘how can Tanzania leverage her economic profile to relieve itself of high-level indebtedness which is presently close to 60% of her annual GDP of $83 billion, and with an annual GDP growth rate of 7.2%. It is in the light of this development that economic watchers are optimistic that recent developments in the hydrocarbon fields will be a great boost and an impetus for a new and sound economic growth profile.

The country, all this while, has depended on wood-fuel for up to 90% of its energy needs. With the present discoveries in the oil and gas industry, exploration, exploitation and production is being encouraged. This has led to extensive upstream activities in that sector. Southern Coastal fields along Songo Songo and Mnazi Bay are yielding good results. As at August, 2014 Tanzania boasts a proven natural gas reserve estimated at 50 trillion Cubic feet mostly from the Songo Songo natural gas fields offshore in the Indian Ocean.

These fields, especially those at the Kamba and Fulusi areas are currently in the process of being developed by Pan African Energy, and Maurel and Prom in conjunction with the Tanzania Petroleum Development Corporation (TPDC). The potential for these developments has signaled some of the major energy operators to come scampering for space in the country’s oil and gas industry. Efforts are at high level therefore to harness these proven reserves to argument local energy demands, bring foreign Direct Investments (FDI), and also earn much needed foreign capital in-flow, to meet the developmental needs of the country.

Tanzania faces, however, the challenges of developing and successfully implementing a gas production programme that will address its dependence on heavy fuel and hydropower as major sources of power. Other major challenges are the problems of inadequate infrastructure and how to devise better ways to exploit and harness these natural resources to meet the mutual expectations of both these foreign investors and its desperate and long-deprived nationals.

-To promote and monitor exploration for oil and gas;

– To develop and produce oil and gas;

-To conduct research relating to and develop the oil and gas industry in Tanzania;

-To manage the exploration for oil and gas;

-To advise the government on petroleum production data;

-To undertake the management of strategic fuel reserves; and

-To undertake trading in petroleum products.

The Corporation is reaching out extensively in this regard to all the players in the industry to achieve these directives and regulatory guidelines. Presently, an equitable assessment of its success is far from being expected. In spite of so much that has been done, so much is yet to be done especially as regards cross-border corporation arrangements with its neighbour, Mozambique.

In spite of these measurable policy directives, the benefits of the ‘Black Gold’ exploration, exploitation and production are yet to impact reasonably on the populace. Charges of corruption are rift and multi-level incidences of misapplication of accruals from crude sales are persistent. The end result is the patented disinterest of the great majority of the citizens in the affairs of governance. The government has relied on progressive tax administrations to raise money to finance its recurrent deficits. The fallout of these tax burdens has been occasional clashes between the authorities and the civil populace.

We are still hopeful of change. Much of the political challenges bedeviling the country have contributed in no small way to the problem outlines above. It is an incontrovertible fact that much of the social misadventures of a good number of African countries, south of the Sahara, are incident on the political misapplications prevalent within the polity. The earnest yearning for a new order can only be possible if the super-structure is allowed to witness a paradigm shift. This can come by an anxious desire of the people matched by a revolutionary re-direction of the status-quo.  This is a thought not only for Tanzania but for most of Sub-Saharan Africa. Let us wait. This could be the most reasonable thing to do at the moment.