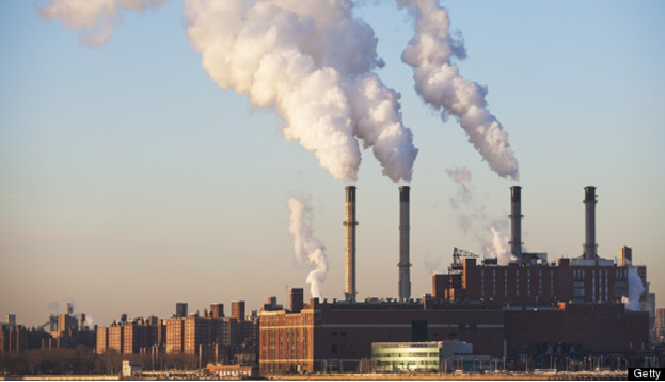 Wood Mackenzie in its recent analysis and preliminary outlook on energy demand says the global emissions goal implied by the latest version of the Paris Agreement may be missed.

Further study of the document which literarily took effect a couple of days ago, Wood Mackenzie said developed countries had committed to emissions cuts they would be unable to make without additional efforts to decarbonize their economies. Such efforts as increased energy efficiency, greater focus on renewable energy and the trend towards electric vehicles.

Adding that although developed economies have progressed in addressing greenhouse gases, a lot more needs to be done to boost renewable energy and increase efforts to lower emissions.

Research Director for Global Trends at Woods, Paul McConnell has this to say: “Emerging markets should meet their Paris Agreement targets with relative ease, given these are in general not much of a constraint on development. Some emerging economies may choose to go further on emission constraints, particularly if there is any political ground to be gained by ‘climate leadership’.”

He however maintained that NGOs and other external actors were certain to demand all parties do more to ensure the Paris Agreement meets its self-proclaimed goal of limiting global warming to 2 °C above pre-industrial levels.

He said: “Whether more stringent targets emerge now or some years in the future, recent trends suggest continued pressure on emissions growth is a reliable bet.”

“Hydrocarbon fuel consumption” Paul says “is in the firing line, and energy sector impacts are being felt already, despite Paris Agreement targets not kicking in until the end of the decade.”

“Judging the pace of transition from old to new is among the big difficulties facing companies as they survey this emerging energy landscape,” says McConnell. “Companies will need to change, beginning with understanding their own carbon footprint, then developing strategies to adapt.”

Expressing concern of the energy implications of China’s rapid evolution from an industrially-driven to consumer-led economy. Adding that coal consumption in China has peaked and is in terminal decline, as growth shifts to renewables, nuclear and gas. Expecting China’s emission growth to increase slightly from the current sharp decline, but by 2030 greenhouse gas output will remain below peak levels of 2013. The country, Wood Mackenzie says, will deliver a 70% cut versus the 2005 base year – significantly beyond its NDC commitment, at its level of intensity.

Following bumper to bumper China’s rapid economic transformation is India with its most rapidly-growing energy consumption index. Apparently hundreds of millions of people are expected to gain reliable access to energy services, boosting demand growth over the long term as the country’s growth continues, allowing for absolute emissions growth at a rate of approximately 4% per year, based however on the current GDP projections.

According to Wood Mackenzie, India’s ongoing efficiency improvements and increased consumption of renewables, gas and nuclear power will allow it deliver growth at a slightly reduced emissions intensity versus its NDC, as peak in absolute emissions would not be expected until well after 2035.