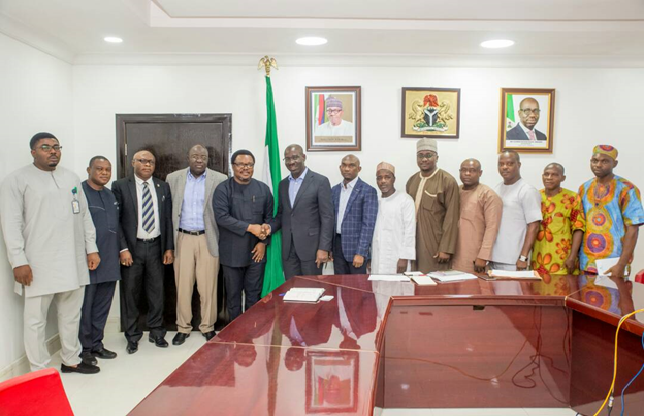 The Edo State Government, South-south Nigeria is set to seal a partnership deal with the Niger Delta Power Holding Company, NDPHC, on bulk power supply to boost industrial activities in the state.

The Edo State Governor, Mr. Godwin Obaseki, disclosed this when he received the management team of the NDPHC who paid him a business visit in Benin City.

Obaseki said he was optimistic that about 2,000Mega Watts of power could be generated from the power plants in the state in the next few years.

He explained that what was of immense concern to him was the utilization of the power that would be generated from the power plants in the state, adding that his administration intends to make the  Sapele road axis industrial and electricity generating corridor.

The Managing Director/ CEO of NDPHC, Mr. Chinedu Ugbo had earlier stated his belief of Edo State as a major stakeholder in power generation.

He disclosed that governor Obaseki is on the new board to be inaugurated by the company soon, adding that the visit was to strengthen areas of collaboration.

He also said that the company had planned seeking the state approval for the bulk power supply arrangement, and expressed delight at the governor’s support which has opened the way for more opportunities.

“Edo is host to one of the big plants located along the Benin by-pass”, says Ugbo who also commended the host community for their cooperation in ensuring a peaceful business environment.

He however listed some of the challenges affecting the company in the state as irregular gas supply and electricity uptake which affect electricity distribution to consumers.