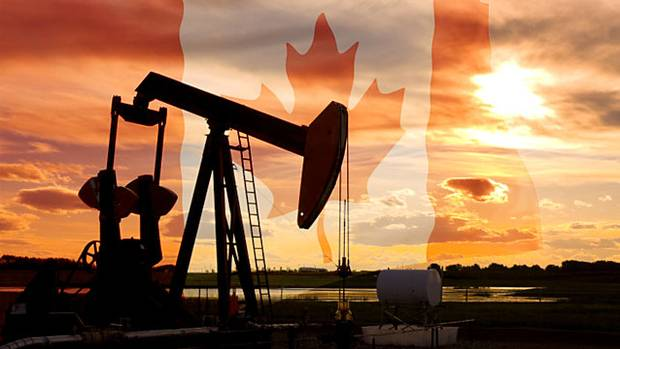 Supplies of Canadian oil sands heavy crude are increasingly being refined on the US Gulf Coast (USGC), (gathering from Oil & Gas Online), and could top 1.2 million b/d—a full one third of the region’s heavy oil refining market—by 2020, according to an IHS Markit report. Current runs of Canadian crude in the USGC market are estimated to already be more than 800,000 b/d, the information services firm was quoted to have said.

This increase, coming at an opportune time, reports the medium, shows Canada exceeding demand in their traditional import market, the US Midwest, and joined renewed US light oil to collectively displace nearly all other imports.

OGL further reports that the USGC has the world’s highest concentration of heavy oil refineries with more than 90% of the heavy oil supplied to them coming from imports. The report however notes that supplies from some traditional sources are waning, as production from two key oil sands competitors, Mexico and Venezuela, has declined by nearly 1 million b/d over the past 5 years, increasing the need for Canadian heavy crude oil of similar quality.

The estimate for current runs of Canadian crude in the USGC is already markedly higher than many other estimates, OGL quotes IHS Markit as saying, noting that the Canadian heavy oil imports may be simply “stopping off” at Cushing, Okla., where they have already exceeded demand in that market, before being rerouted to the USGC. Due to the way they are often tracked, these imports would be counted as having been delivered into Cushing rather than to their final destination, our source stated.

“The US Gulf Coast is the most logistically approximate and technically suited to receive increasing volumes of heavy oil from Canada,” Kevin Birn, executive director at IHS Markit was quoted.

“With supply overtaking demand in the US Midwest and traditional sources of offshore heavy supply to the Gulf Coast in decline, Canadian supply has become an obvious and attractive alternative,” Birn said.

Increased volume in the USGC market would raise Canada’s already sizeable reliance on the US oil market, however. And while the US provides security of demand for Canada, there are risks to overreliance, the report said.

Our source further said that the firm’s forecast assumes the completion of all the country’s remaining long-distance export pipelines which if not done may see Canada compete more aggressively for market share in the US than she would ordinarily have contemplated.

“Although Canadian imports are of similar quality as Latin American crudes, they are not identical. There is a point when more extensive modifications will be required to better tailor facilities to accommodate greater volumes of the Canadian heavy crude,” said Birn. “In a situation where the level of competition is high, Canadian crude may have to adjust price to incentivize refiners to make additional modifications and/or displace greater quantities of offshore imports.

Diversification strategies such as customizing oil sands blends or developing upstream partial processing technologies can help mitigate the risks but given the scale of Canadian heavy oil supply and anticipated growth, these solutions would not remove the risk and would still take considerable investment and time, the report said.

“The reality is that Canada—the 5th largest oil producer in the world—maintains an almost singular reliance on one market,” Birn said. “Such a situation is unique in the world and will always carry associated concerns.”