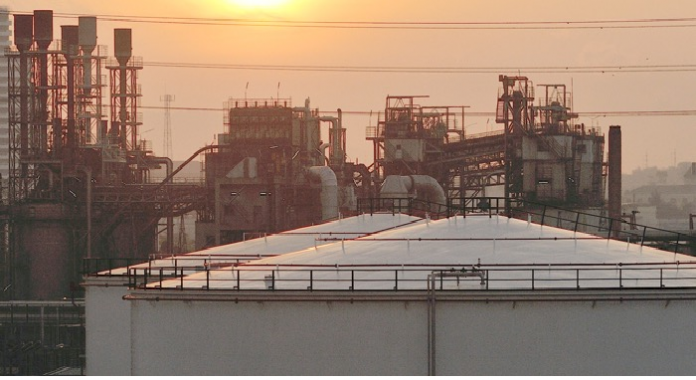 What policy of government will dictate the engagement of stakeholders of the industry towards enhancing oil and gas operations and revenue growth, and what policy changes will give strength to the doctrine of equality in all its ramifications within these economies?

Research director at Wood Mackenzie, Andrew Harwood examines what the oil and gas industry is likely to be in this year of elections, and probably the effects of policy changes, with particular reference to Asia-Pacific’s upstream industry. Will rising demand, new exploration activity and a refresh of government policy bring renewed confidence in Asia-Pacific’s upstream industry in 2019 Andrew posits?

For him the need to fill new and old gas infrastructure will see the drilling of exciting offshore prospects across Australia, Brunei, Malaysia, Myanmar, Pakistan and Papua New Guinea. Some he said would be frontier deepwater exploration though access to gas demand centres will be the primary driver with prospects making the grade.

On his list of wells to watch this year, he said in offshore Pakistan, ExxonMobil and Eni were set to spud the ultra-deepwater Kekra-1 well and early this year, targeting a carbonate play that could be a game-changer for the country’s burgeoning gas market.

Repsol’s Rencong-1X well, offshore North Sumatra, Indonesia according to him is another asset generating strong interest from potential farm-in partners, with the expectation of a deal before the well spuds in Q3 2019.

In Papua New Guinea, Total’s Mailu-1 well is targeting a giant oil prospect in over 2000 metres of water, potentially opening a new ultra-deep offshore play in the Papuan Basin.

On licensing matters, he said several countries are set to launch new bid round but reported that only those offering a fair balance of risk and reward would be successful in attracting new investment. India and Indonesia will expect lacklustre interest in their latest acreage offerings, as investor appetite is likely to be limited in the Philippines, Bangladesh and Myanmar.

Divestments in Southeast Asia is expected in the year primarily by the US-focused players, such as Hess, ConocoPhillips and Chevron, who will be seeking to redeploy capital towards lower-cost, higher-return opportunities elsewhere.

In Australia he said, deal activity is also likely to continue at a brisk pace, as LNG operators position themselves for the next wave of investment, and local producers look to take advantage of a tightening domestic gas market.

Expecting a relatively low-key year for new project sanctions in Asia-Pacific he said PetroVietnam’s Block B gas development and ConocoPhillips’s Barossa for instance were the largest projects targeting FID over the next 12 months or possibly beyond.

About Australia’s LNG sector, referring specifically to backfilling the existing Pluto and the North West Shell infrastructure, collaboration among operators he says is key. Woodside’s Scarborough and Browse he noted would be the most likely medium-term candidates to provide new feedgas. Adding that Chevron’s Clio-Acme development may leapfrog both with a surprise 2019 FID if commercial arrangements for third-party access to LNG infrastructure can be finalized. If so, he says, it would be quite a turnaround for an industry not known for playing together in the past.

It’s time the Chinese NOCs started raising domestic budgets he said. Gas as the country’s major strategic focus is targeted to rise by 6% in terms of domestic production in 2019, with the Sichuan Basin leading the way and contributing one-third to this year’s output. It’s also to come primarily from conventional sources with shale gas accounting for less than 10% of the country’s gas production, though shale volumes he noted, are set to ramp-up as PetroChina races to meet its 2020 target and Sinopec starts development in the Weirong block. Shale production could hit, says the report, 12.5 bcm this year, saying though that reducing drilling times and alleviating service sector bottlenecks were critical.

He said that since political changes are on the cards across the region, energy and upstream policies will again be front and centre of national debate in Asia-Pacific, with major presidential, general or parliamentary elections scheduled for Australia, Indonesia, Thailand, India and the Philippines in 2019.

In Australia, the east coast gas market will come into focus again ahead of federal elections in May, where a Labor win is a very likely outcome because an increased reliance on renewables is at the centre of Labor plans to reduce power prices, with potential implications for Australian gas producers he said. But for the upstream players he said, it’s whether a new government will maintain proposed changes to the PRRT regime, or starts afresh.

There is high expectation that China becomes more constructive on its South China Sea claims he pointed out. For 2019 could mark a turning point as countries like the Philippines and Brunei agree to joint development solutions with China in disputed waters, a development which if true to its letters, in terms of authentication of formal and binding agreement, could be a template for neighbours.

And such agreements too, looking at the upstream, could unlock disputed areas and allow for exploration in new waters. “But working out mutually agreed terms between the countries could take decades”, he said. And will these moves embolden China to expand its claims further into new sectors?

And given the current state of US-China trade relations, will China adopt a more cooperative approach with its Asian neighbours?