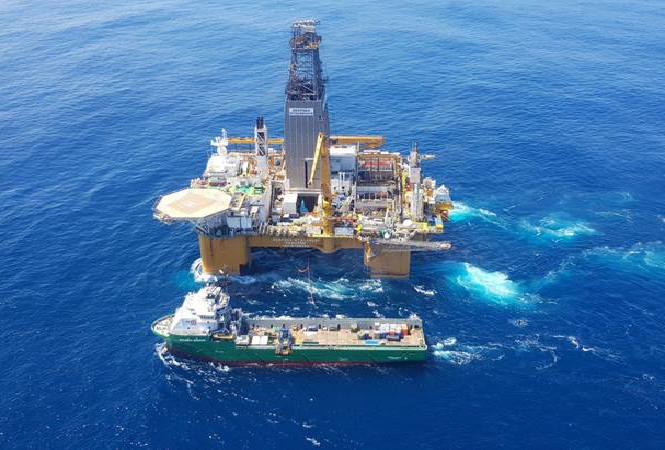 Dr. Andrew Latham of Wood Mackenzie has this to say: “Brulpadda was one of Total’s biggest exploration targets this year. The gas-condensate discovery continues the great start for Total’s 2019 exploration campaign, hard on the heels of the North Sea Glengorm find, announced recently.

“Even though the well isn’t an oil discovery, if Brulpadda proves to be anywhere near as big as the estimates of up to 1 billion barrels of oil equivalent resources, it will still be a game-changer for South Africa.”

Total, report says, plans to follow up the discovery with 3D seismic and wells on up to four more similar prospects on the block, 11B/12B.

Dr. Andrew went ahead to explain: “If these wells come in too, they can only add to the potential bounty for South Africa.

“This is Total’s second bite of the Brulpadda cherry, having suspended its previous attempt at the well in 2014 due to harsh weather. This time around, with a more capable rig, the Deepsea Stavanger, and the weather gods smiling, there have been no such problems.

“The Cape’s metocean conditions could present difficulties for any development, but would be on a par with the West of Shetland, a region Total knows well.”

For the analyst, the discovery could prove a catalyst to restart South Africa’s gas-to-power programme, as well as replenishing gas supply to the Mossel Bay gas-to-liquids plant.

Report also quotes Akif Chaudhry, principal analyst, commodity analytics as saying: “While a strong case can be made for the development of the gas economy, long-term growth requires a clear plan from government.”

“We expect the power generation sector to drive gas demand growth. However, at present, all South Africa’s open-cycle gas turbine units are set up to run on diesel. The country’s gas infrastructure is also limited, designed mainly to deliver gas to the Mossel Bay plant and to import piped gas from Mozambique.”