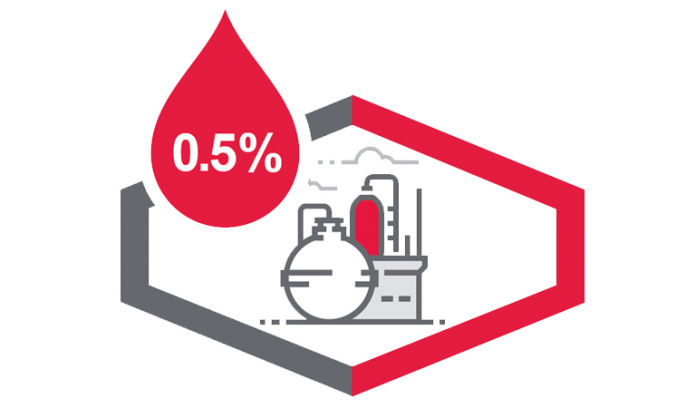 The International Maritime Organisation (IMO) says from 1 January 2020, marine sector emissions in international waters will be reduced, sulphur emissions in particular by over 80%, and switching over to lower sulphur fuels, which according to analysts from Wood Mackenzie has very wide implications.

“So heavier and high sulphur or sour crudes such as Dubai and Maya which produce more HSFO will depreciate in value and lighter and low sulphur crude such as Bonny Light will appreciate in value in the early 2020s. Of particular interest to LNG pricing is the Japanese JCC crude benchmark. JCC represents 90% of Middle Eastern medium sour crudes and hence follows the trend for Dubai crude.”

Wood’s team believes Canada may be most impacted of the top global sour crude producers.

Director Angus Rodger comments on its weight on the upstream: “On the face of it the financial impact of IMO 2020 on big upstream producers of sour crudes – Saudi Arabia, Russia and Iraq – could be significant. With heavier sour crudes expected to fall in value relative to lighter sweeter grades, revenues of the big national oil companies (NOCs) that operate in these countries should be directly hit.

Going ahead he said: “However, it is not as simple as many of these NOCs can use their equity refinery capacity to mitigate the effects. These countries are also some of the lowest cost global producers, and so while there may be some revenue impact, it will not be enough to directly influence field breakevens or output.

“That said, the pain may be greater for another one of the top five global sour crude producers, Canada. Over half of the 3 million b/d of oil sands output is not upgraded and sold as diluent-blended heavy grades like Western Canada Select (WCS). For those companies that sell their crude direct onto the open market, the price impact will be significant and painful. This will be compounded by oil sands’ high cost of production and transportation bottlenecks.

“And there will also be upside, particularly for countries such as Brazil and the US that produce large quantities of heavy-sweet and light-sweet crudes respectively. IMO 2020 should lead to price upside for these grades, will be in greater demand due to their lower sulphur content.”

Nicholas Browne, explains: “The first impact is on LNG bunkering, and we expect global LNG bunkering demand to reach 9 mmtpa by 2025. It is also leading to more LNG fuelled ships being built.

“The second impact is the value of LNG within contracts. The Japanese crude cocktail is used for around 40% of LNG contracts. Its value will fall relative to Brent. For North East Asian buyers this could mean a saving of approximately US$2.5 billion in 2020 alone.”

Rohan Kendall has this to say on its impact on ocean freight: “Ocean freight is where the largest impact from IMO 2020 regulations lie for bulk commodities. Limited uptake of scrubber installation so far and a limited availability of VLSFO will mean most bulk carriers switch to higher priced diesel for compliance.

“Brazilian iron ore shipments to China will see largest increases, due to distance traveled, potentially rising by over US$6/tonne (more than 40%). Freight from Australia and Indonesia to North Asia will increase by between US$1.7/tonne and US$2.9/tonne.

“Diesel price increases will only lead to a US27cents/tonne (1.3%) increase in average FOB costs for iron ore mines. However, the impact will not be evenly spread. Mines that use trucking for long-distance transport, have diesel-fired power generation, or have a high ratio of material moved to marketable production will be affected most.

“On thermal coal, Indonesia, the world’s largest thermal coal exporter, will see a larger cost increase compared to Australia, the second largest exporter of thermal coal. This is because Indonesian mines almost exclusively use diesel powered mining equipment, have long truck hauls to barge ports, and utilize diesel powered barges for river based transport. Australia, on the other hand, has a higher proportion of electrified mining equipment and conveyors.”