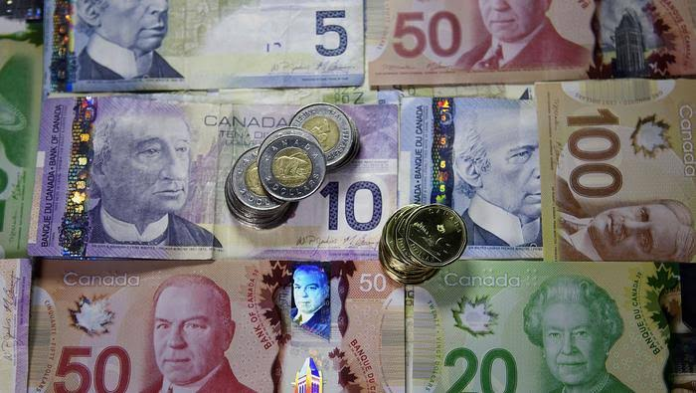 “GPS”, (Global Petroleum Show), “is constantly changing to adapt to the current situations. We are providing a platform for international companies to meet and discover new technologies from the smaller companies still operating here in Canada. We are aware of the challenges coming our way but we trust that Canada’s energy sector has a lot to offer to other markets.” This was a key industry observer and insider responding to Energy Window International offshore editor by email on the unfolding events as Canada grapples with its already heightened oil and gas sector uncertainties.

In the recent time, Canada has witnessed mass movement of oil and gas operating companies out of the country’s oil and gas sector for an avalanche of reasons ranging from policy and legislation concerns to a variety of inter-provincial squabbles. There are other concerns of hard and difficult exploration terrains – especially around the popular Alberta oil sands often viewed by investors as a higher-cost jurisdiction that produces a lower quality of heavy crude, among others.

Canada has the world’s third largest crude oil reserves, after Venezuela and Saudi Arabia, representing 97% of Canada’s 172.5 billion barrels of crude oil reserves.  The provinces of Alberta, Saskatchewan and British Columbia share the sedimentary basin for natural gas production in Canada with Shale gas resources found in nearly all the Canadian provinces. Proven natural gas reserves were estimated to be 71 trillion cubic feet (tcf) (at year-end 2012), making the country, as sources showed, a prime location for investments in the oil and gas sector.

It is also, according to official and local news sources the eighth-largest oil-producing country with about 3,662,694 barrels per day in the world after the top oil producers like the United States and Russia. Others include Iraq, Iran, Saudi Arabia, Kuwait, UAE all of which are OPEC members, and of course the none-OPEC China. It is as well the 14th-most-productive country by GDP after Norway, Luxembourg, United States, Belgium, Netherlands, France, Germany, Ireland, Australia and Denmark.

Natural gas was estimated to be about 13.7 billion cubic feet (at year-end 2013), as statistics continue to show that the country produces more oil than it consumes thus making it a significant net exporter of crude oil, accounting for about 48% of total U.S. crude oil imports and 22% of U.S. refinery crude oil intake year end 2018. Oil sands which was estimated to have about $313 billion of capital investment to date, including $10.4 billion in 2018 according to official industry web sources also accounted for 64% of Canada’s oil production in 2018 or 4.5 million barrels per day.

The industry in the overall accounts for about a fifth of the country’s exports hence regarded as the key driving forces in the Canadian economy, employing upwards of 500,000 countrywide, news sources further revealed. The country also has a total land mass of about 10,000,000km2 with the boreal forest which measures 2,700,000km2, according to local web sources.

For industry observers, it did not come as a surprise that major oil and gas companies, many of whom have been in operation in Canada for decades, were fleeing the country, selling off their assets to find succor somewhere else. Like a local report put it, “the drumbeat of exits, rare for such a stable oil-producing country, adds an extra layer of gloom for an industry that accounts for about a fifth of Canada’s exports” is truly a situation so worrisome to be embellished for the purpose of scoring some cheap political points by protagonists aiming for power and control.

The energy sector-centered on Alberta’s oil sands, has struggled to rebound since the 2014 crash in global oil prices, with capital spending declining for five straight years and job cuts pushing the province’s unemployment rate above 6%. Alberta is forecast to post the slowest growth of any region in Canada this year. These were all gathered from local but authoritative news sources.

“The situation isn’t likely to improve any time soon, with key pipelines like TC Energy Corp.’s Keystone XL and Enbridge Inc.’s expansion of its Line 3 conduit bogged down by legal challenges. The lack of pipelines has weighed on Canadian heavy crude prices for years, sending them to a record low late in 2018”, says a report.

Laura Lau, who it was reported helps manage more than C$2 billion ($1.5 billion) at Brompton Corp. in Toronto was quoted to have said in an interview as follows: “If they thought things were getting better in Canada, they might hold on, but they don’t see things getting better. The pipeline situation is getting worse; everything is getting worse”, the report added.

It further noted that while a certain government curtailment program has boosted oil sands prices to more normal levels, the system has equally prevented companies from investing in new deposits. Besides, operators have always and often, as this report showed, viewed oil sands as a higher-cost jurisdiction that produces a lower quality of heavy crude, seeing all these as persistent drags capable of keeping Canadian assets at the top of international companies’ lists for potential disposal, as Lau was even quoted to have said.

Other issues of concern report said did not exclude bottlenecked regulatory policies and processes, royalty and clamour for separation, with transportation of minerals posing its own constraints. But the question around the separatist struggle that is yet to make a smooth sail through strong opposition according to an international oil and gas journal was whether separation from Canada would in any way solve Alberta’s oil crisis

The report had argued that even if oil-rich Alberta were to break from Canada as a separatist movement wants, the landlocked heart of Canada’s oil industry would still have a tough task getting its oil out of the province. This the report said was according to experts who discussed the ‘Wexit’ idea with The Canadian Press. ‘Wexit’, the term said to have been borrowed from the now notorious Brexit, calls for a referendum on Alberta and Saskatchewan breaking away from Canada. “We’re separating and that’s what’s going to happen,” Wexit leader Peter Downing was quoted to have said.

The report added that the proponents of Wexit had envisioned that once Alberta was free from Canada, it could use the United Nations Convention on the Law of the Sea to have the oil pipelines it desperately needed built. For the 1982 convention already has an established rule that “land-locked States shall enjoy freedom of transit through the territory of transit States by all means of transport.” But the cog around that convention a report quoted was whether the terms and modalities for exercising freedom of transit shall be agreed between the land-locked States and transit States concerned through bilateral, subregional or regional agreements.

“Considering that one of the neighbors to a potentially independent country of Alberta would be British Columbia, experts don’t see how breaking from Canada would make completing oil pipelines, especially the extension of the controversial Trans Mountain pipeline easy for Alberta.”

For the Canadian Association of Petroleum Producers, CAPP, lack of export capacity to global markets is a militating factor which has contributed in reducing revenues and posing some kind of hindrance to sector growth, exacerbated by a market stressed by a growing demand for pipeline systems to convey increasing volumes of oil and gas to foreign markets, both westward to tidewater ports in British Columbia and the United States, and southward to midwestern U.S. transfer facilities and Gulf Coast tidewater ports. Production rates according to the agency are also impacted by unclear regulatory policies, increased transportation costs incurred when using conventional rail.  It noted that the approval reached recently by the U.S. and Canadian governments to continue with the Keystone XL pipeline and Trans Mountain extensions projects were not enough to be consoling because of other factors around ownership of the right of way and control.

Amid these scenarios, CAPP still forecasts oil sands production to reach 4.25 million barrels per day in 2035, from 4.66 million in 2018. In 2016, CAPP estimated that more than 1,500 U.S.-based companies supplied equipment, parts and services used in Alberta’s oil sands alone during the industry’s recent slowdown, a number expected to remain stable, making Canada notwithstanding all these dislocations, a leading destination for investment and sales of American goods and services as the industry’s countrywide supply chain continues to signal demand for expert solutions from the United States.