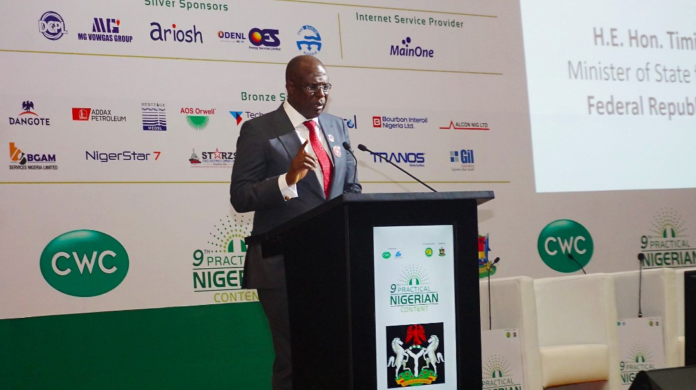 It was obviously like a theatre of famous humorists and protagonists of the Nigerian entertainment industry who devoted so much time scripting their work and rehearsing the same in order to present the best, and of course all geared, as always, towards giving the audience that momentary relief and freedom from the usual economic hassles and daily jig-saw financial puzzles. A friend did not even mince words when he approached the medical team of SPDC who were at the exhibition hall for tests and excitedly told a lady on the team I guessed that he had no further need for any examination, “For I am already in good shape listening to these men, they are simply the Basket mouths of the oil and gas industry of Nigeria”, he said. The SPDC medical team was on ground to provide minor health services as well as offer advice for any major health issue.

“The Practical Nigerian Content has really grown into a phenomenon, and a flagship in today’s Nigeria oil and gas industry”, I heard a man tell his friend as the crowd, led by the Minister of State for Petroleum Timipre Sylva moved from the conference room to the exhibition hall to declare it open, Monday 2nd December.

The 9th edition in the series with the theme, “Leveraging Local Expertise for Market Growth & Expansion” was both properly articulated and professionally hatched, making the annual assembly one critical channel through which the goal of achieving the desired growth and expansion in the oil and gas sector of Nigeria could be realized. And that is if it will be able to maintain the momentum, one important view Wemimo Oyelana, Director CWC Africa held with so much tenacity while making her brilliant opening remarks in her metallic-coated voice.

She did not hold back from telling all stakeholders in the more than five thousand capacity conference hall of a twenty-seven storey building edifice of the Nigerian Content Board that the future of Nigeria was bright even as Tony Attah, MD/CEO NLNG labels Nigeria a gas nation, and with so much drama and enthusiasm spoke about how the country was gradually transiting from oil to gas. Adding that Train 7 which was designed to further deepen the local content drive with about 55 percent of Engineering and Procurement Services to be done in-country was already a “Coming Reality”. Urging that all hands could still be on deck in order to achieve new FIDs to keep Nigeria from crashing down to the tenth position from the current fifth position on the table of world gas producers.

Wemimo who in her opening speech had maintained that harnessing the existing opportunities and translating them was the best way to go, noting that making the gains arising from all the activities trickle down to the least man on the street was the most commendable thing to be done. Thereby giving such people like Victor Okoronkwo, Managing Director, Aiteo Exploration and Production much more time to think of new exploration possibilities because an era of “infractions” and vandalism along his company’s strategic Nembe Creek Line and the consequent loss of revenue and perhaps concentration would have been relegated to the lumber room of history.

Adding that there was nothing wrong with good speeches, world-class, scintillating presentations, but that everything was wrong when there were deliberate calculations to hinder the maturation and positive impartation of all the brilliant ideas and solutions. For her, it must be given a human face or it becomes suffused in verbal palliatives and gaseous promises.

For Simbi Wabote, the Executive Secretary of the Nigerian Content Development and Monitoring Board, NCDMB, the future of Nigeria’s oil and gas industry in terms of growth and expansion lies in the collective efforts of all stakeholders, whether the international oil companies or the independent oil companies otherwise known as the IOC’s. They have prominent roles to play which according to him have never been neglected, not even since the establishment of the Board about a decade ago. Adding that the Board’s tenth year anniversary which comes up in 2020 will have a lot to unveil in terms of achievements and strides, some of which include the modular refinery which is billed to start production unfailingly by July 2020, and of course, the completion of the gigantic and ecstatic conference centre. He expressed joy for what a few IOC’s are doing to domesticate technology and knowledge towards building a stronger local content development template across all sub-sectors of the nation’s oil and gas industry.

The 9th Practical Nigerian Content Forum in Yenagoa Bayelsa State, South-South Nigeria, with a large number of industry players across the globe was organized by CWC Africa in collaboration with the Nigerian Content Development and Monitoring Board.