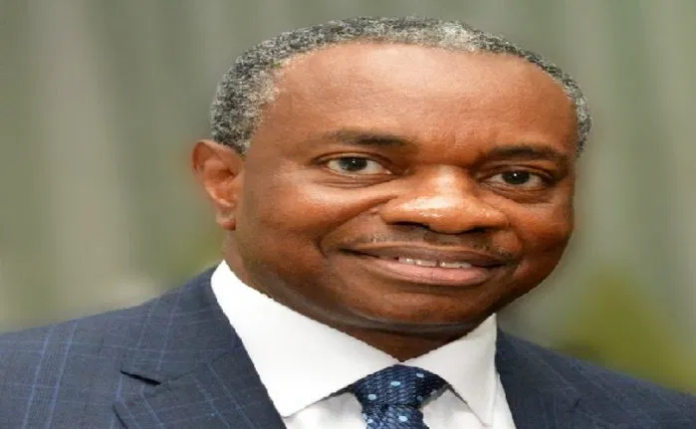 ExxonMobil affiliate companies in Nigeria have announced the retirement of Udom Uko Inoyo, Vice Chairman & Management External Advisor, Upstream Nigeria, from the Company after more than 30 years of meritorious service, with effect from May 1, 2020.

Announcing the retirement, the Chairman/Managing Director of ExxonMobil Companies in Nigeria, Paul McGrath, stated that Mr. Inoyo’s career with Mobil Producing Nigeria began in 1989 in the HR Administration department, and progressed through a number of Human Resources positions, including successful assignments in Mobil Exploration and Production, US; ExxonMobil Inter-America, Coral Gables, Florida, and the Houston, Texas office, where he participated in a staffing study for Africa operations.  Thereafter, he undertook supervisory responsibilities at the Compensation & Benefits Center of Expertise in Brussels, Belgium in 2000.

The announcement further stated that upon return to Nigeria in 2001, Udom was appointed Manager, HR Policies & Programs, and in 2002, he assumed the positon of General Manager, External Relations and member of MPN Leadership Council. In 2004, he was elected to the Board of Mobil Producing Nigeria Unlimited as an Executive Director and returned to HR in 2006 as the In-Country Head of HR/Executive Director. Udom was appointed the Vice Chairman of ExxonMobil companies in Nigeria in 2018.

He served at various times as the Chairman of the Public & Government Affairs and Human Resources Sub-Committees of the Oil Producers Trade Section (OPTS) of the Lagos Chamber of Commerce and Industry; and given his extensive industry experience in people management, was in 2016 elected the National President of Nigeria’s HR professional body, The Chartered Institute of Personnel Management of Nigeria (CIPM).

In the course of his career, Udom has leveraged his Board responsibilities, and various platforms to significantly promote Oil and Gas Projects Resourcing, Influencing, and Public Policy Advocacy, to the overall benefit of the industry and the Country.