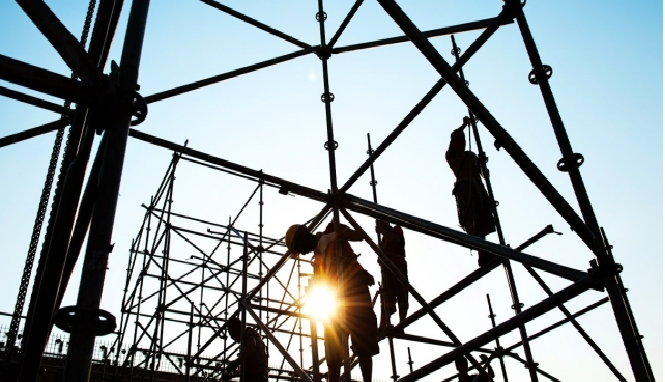 The argument had raged as to what America’s energy, trade and economic policies were likely to be with the Pyrrhic victory and triumphant entry of the Republican president elect Donald Trump into the historically symbolic White House. Arguments and opinions also went both pro and con. Some maintained that Donald Trump’s victory was victory for Africa especially in energy development and economic growth, while others opined that his victory simply portended grave danger economically and diplomatically. But whatever the logic and strength of these positions, Jude Kearney, Chair of Africa Practice Greenberg Traurig believes that the growth of the highly prolific hydrocarbon region called Africa will only and significantly be dictated by the strength, maturity and transparency of its internal politics, as well as reflexes that attend its external political responsibilities and obligations. This seems to be the same view of Africa Energy Chambers as this post to Energy Window International appeared to have suggested.

As global markets think of the post-Covid-19 world and how the pandemic will reshape business models worldwide, African countries are coming to terms with a bitter reality: the continent has still not entered the Fourth Industrial Revolution and is heading towards its first recession in 25 years.

While the impact of the pandemic on African economies is expected to be lesser than in Europe or North America, it still puts to the forefront the continent’s overdependence on key commodities for its economies to function, and under-investment into social infrastructure. For Africa, the COVID-19 pandemic is turning into a wake up call to find better ways to industrialize, chief amongst them being access to reliable, cheap and clean energy. Given global liquidity constraints however, financing Africa’s energy transition and supporting industrialization will require becoming more competitive and finding new ways to mobilize capital across key industries and projects.

The key to industrialization in Africa is access to power, which heavily relies on Africa’s ability to get its natural resources right, especially natural gas. Up until now, most of Africa’s gas has been produced for the benefits of foreign markets in Asia, the Americas, Europe and the Middle East, where it is shipped as LNG. LNG prices have dropped to historic lows and are currently below the $2 threshold in Europe and Asia, while African power producers still pay above that price to get natural gas in their turbines. Current market prices for natural gas are expected to remain depressed for a while, and should be a strong incentive for African power producers to use LNG as a feedstock and switch their fuel oil or coal plants to LNG which can be easily procured on the continent.

However, proper management of Africa’s natural resources does not stop at switching existing power plants to gas in order to benefit from a cheap and locally-available resource. It rather requires a profound transformation of how African countries see energy and how they plan to power up their economies moving forward.

In doing so, financing will become an even greater challenge as capital becomes scarce and investors look for only very resilient assets to invest in. In that regard, participants noted that it is currently challenging to monetize Africa’s LNG across industries because industrial customers are reluctant to signing the kind of multi-year commitments required by gas producers to raise debt. Because potential industrial users do not know what the future holds and do not get a clear vision on what their country’s energy mix will look like, their reluctance to switch to gas is directly impacting the attractiveness of the sector and has them keep paying expensive energy instead. Similarly, the imports of fuel oil and coal to power industries has become such a habit that making a long-term commitment on developing LNG receiving and processing infrastructure is now a matter of debate.

Participants highlighted the responsibility of both African sovereigns and the private sector in maintaining the continent in that energy status quo. In a post Covid-19 world, a situation in which Africa exports its energy while its people are in the dark, and imports finished products while its youth is unemployed is no longer viable.

The industry is calling for a strong sovereign participation on establishing a connection with the private sector and thinking holistically about the development of the continent. While foreign exchange and international capital will continue to be needed, there is an urgent need to energize African communities and neighbors first. Nigeria cannot think of its gas development without keeping in mind the energy needs of its immediate neighbors for example. Similarly, South Africa cannot plan for its energy future without taking in consideration the vast gas reserves of its neighbors. The list of examples goes on.

Africa needs to use the solid base of its natural resources to create opportunities and change the narrative around its industrialization by making a difference in its own energy space. For such a paradigm shift to happen, African sovereigns need to take the lead. Only at the sovereign level can a country raise several billion dollars from multilateral agencies and invest in the necessary projects and infrastructure that will support private sector investment and growth. Only political will can truly unlock the value of African cross-border energy cooperation and open up the doors for a wider African private sector cooperation across industries and within a prosperous free trade continent.

Meanwhile, additional efforts need to be done to mobilize local and patient capital from domestic funds and African family fortunes. Participants concluded on the fact that there is a lot of do-good capital sitting all across the continent, but its mobilization requires the presentation of above-standards bankable projects run by outstanding leadership teams. It is up to African leaders and African private sector executives to put the continent on a new path to prosperity.

Disappointing Licensing Rounds: Direct Negotiations Could Be a Win-Win in 2023 for Africa Oil and Gas (By NJ Ayuk)