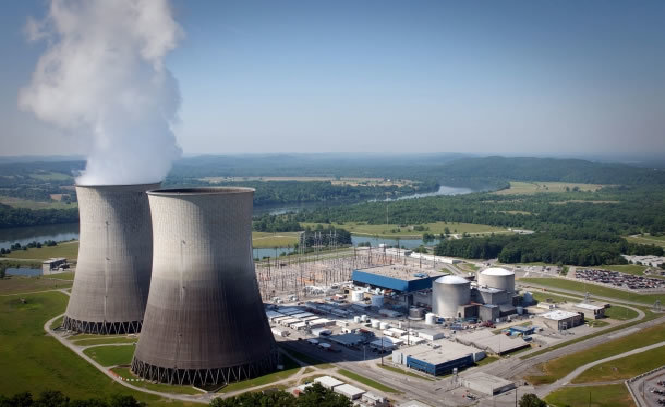 “The world’s incredible decrease in energy consumption caused by COVID-19, and the unprecedented collapse of the oil and gas markets has some arguing that 2019 was the peak for oil and clean energy will dominate in the years ahead.”

And according to the International Energy Agency IEA, 72% of all installed power capacity globally in 2019 originated from renewable energy, and it expects it to grow in 2020, despite the pandemic. This and more got further explanation during a renewable energy webinar hosted by the African Energy Chamber and Africa Oil and Power under the theme, ‘Is now the time for renewables?’ It was a gathering of intellectual eggheads among whom were Nelisiwe Magubane, Chairperson, Matleng Energy Solutions; Suzanne Jaworowski, Senior Advisor, Policy and Communications, Office of Nuclear Energy, U.S. Department of Energy. Others include Massaer Cisse, General Manager, Lekela Power Senegal and Dr. Clinton Carter-Brown, Head of the Energy Centre, South African Council for Scientific and Industrial Research.

Nelisiwe Magubane, from Matleng Energy Solutions, expressed concerns around the pandemic encouraging countries to halt the race to renewables and focus on indigenous assets, including fossil fuels.

“We have seen countries having more nationalistic agendas in order to protect their assets and revitalize their economies, thus translating to the use of more indigenous resources. Africa is well-endowed with renewable energy resources and it has become very competitive compared to other energy sources. However, it can’t meet peak demand, depending on the country. Other energy sources are needed to complement renewables, and the overall goal is to lower emissions, rather than aim right now to bring it down to zero. We need to have a pragmatic approach to deploy an energy mix benefitting the country and the environment”, Nelisiwe Magubane said.

Suzanne Jaworowski, from the U.S. Office of Nuclear Energy underlined the importance of market volatility and reliability issues linked to the energy sector globally, and how the pandemic has highlighted those two challenges as central to a sustainable energy sector.

As an advocate for the development of nuclear energy, Suzanne highlighted technology advancements which make nuclear a viable option for African countries in terms of cost as well as security.

She said: “Nuclear is a serious option to be considered in terms of energy transition. Smaller modular reactor designs which will come online in the next few years are economically competitive with combined cycle natural gas plants. Of course, each country must decide what is best, but major nuclear technology advancements make it worthy of taking it into account. Nuclear is a lot more accessible cost wise making it a viable option.”

On natural gas as a prime fuel for energy transition, Dr. Clinton Carter-Brown of South Africa commented: “Ninety percent of South Africa’s electricity runs on coal. We have one of the highest numbers of emissions per capita across the globe. The shift from coal to renewable is particularly key in our country, economically and in regard to the energy transition. Natural gas will have a major role play in the transition, provided we are able to build the appropriate processing and transport infrastructure. The energy transition will create immense employment opportunities and is a major challenge in the years coming up.”

Finally, the discussion touched on localization and local content. Although it is hot topic in the oil and gas space, local capacity development is equally, if not more, important in the renewable energy sector as it is home to major technology innovations.

On localization and local content, Massaer Cissé used the telecommunications revolution as an example to show that the energy sector is on the verge of its own revolution. Massaer said the energy sector was following the path of telecommunications, explaining how the previously isolated communities were able to access mobile solutions with the coming online of the industry. Adding that in the energy sector, mini solar kits, portable battery storage solutions, small wind power plants among others, are also setting the energy on the path of revolution with renewables as a key component. Noting that nuclear also has a major role to play, insisting that the main driver of the energy revolution is technology.

Nelisiwe Magubane brought up the issue of intellectual property as a key component of the regulatory frameworks to be designed by governments.