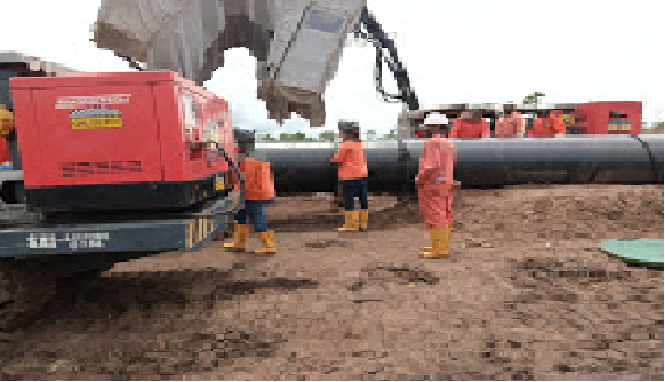 Meanwhile, OilServ Limited, EPC partner in the 40-inch by 614km Ajaokuta-Kaduna-Kano, AKK Gas Pipeline project whose kick off was just flagged off by President Buhari, will deploy more than 3, 000 workers in order to facilitate the completion of the project within record time. This was disclosed by the management at the flag off ceremony at the Ajaokuta complex in Kogi state.

The Financial Energy Review reported that Engr. Emeka Okwuosa Chairman and CEO of Oilserv who will lead his team of Engineers is expected to see the completion of his firm’s 303-kilometer share of the project on record time of 12 months, with commissioning billed for 18 months, certainly earlier than federal government’s 24-month timeline. Oilserv is expected to handle the project running from Ajaokuta through to several kilometers after Abuja.

Part of the safety and quality measures which Oilserv has put in place include, automated machines to weld most of the components to ensure quality construction that meets international standard. Oilserv assures that all the engineering works on the project will be carried out by certified Nigerian engineers as part of its effort to promote local content in the oil and gas sector.

An in-house source said the company was going to ensure that all environmental friendly measures would be maintained. The company also says it will continue to maintain a good relationship with its host communities, including all communities who gave them the right of way in the course of the project.