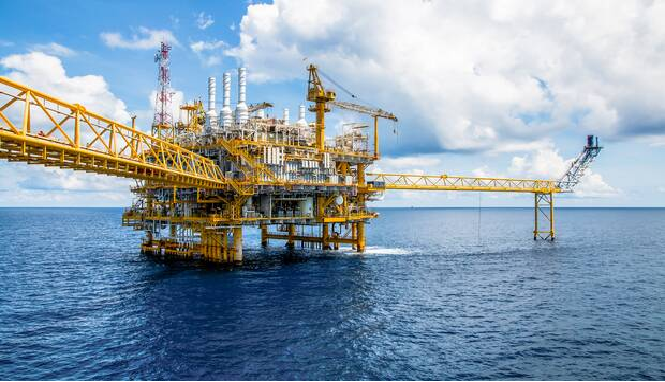 Of course no business thrives on pessimism even when indicators do not suggest otherwise. Forecast, projections and speculations are the veritable ingredients that sustain global market where commodities like oil are traded and exchanged for money.

Thus, the view of the International Energy Administration, IEA about the likely rebound of the global oil demand next year as the world emerges out of the coronavirus pandemic is obvious, but the calculation could also have anticipated a longer and tougher period of the pandemic than the short term projection. However, and as it is always expected, it sees recovering to pre-crisis levels taking a couple of years, as fuel use around the world would remain 2.5% lower next year than in 2019, largely because of the “the dire situation of the aviation sector,” the Paris-based agency was reported to have said in its first detailed assessment of 2021.The projections add to a fragile outlook for the oil industry, coming a day after BP Plc wrote off billions in assets on concern over long-term demand. But the good news they reported was that the first half of this year was “ending on a more optimistic note” why because demand losses during lockdowns to curb the spread of coronavirus were not as severe as expected. Adding that output cuts by OPEC+ and shutdowns in the U.S. should put the market into deficit in 2021, depleting the massive 1.5 billion-barrel surge in inventories seen so far this year.

The agency was also reported as saying that stockpiles were on track to diminish rapidly over the next months, and — in theory — decrease during each quarter of 2021. Commending the OPEC+ for making a “strong start” through its latest round of output curbs in May thereby delivering 89% of its pledge to cut 9.7 million barrels a day, as the agreement to press on with the strategy so that members who are yet to implement their share of the deal would see the need to do so.

It was reported to have been added that global demand for oil was on track to exceed supply, projecting recovery in production to be less than a third of the increase in fuel use, at 1.7 million barrels a day.
“That could change however, if the OPEC+ coalition is tempted to revive output as consumption rebounds or if rising prices reinvigorate American shale drillers”, IEA was quoted to have cautioned.
“The market may present producers with an opportunity to ramp up more quickly than dictated by current OPEC+ policy, or U.S. and other non-OPEC production could recover more strongly than forecast,” it said.

It would be recalled that time and time again, OPEC+ in its attempts to normalize the oil market had made deliberate moves to reconcile two arch rivalries – Saudi Arabia and Russia, who are always at daggers-drawn almost about everything including dictating the global oil flow and the market price for it. “But both countries must abide by rules, and shouldn’t be so obstinate anyway, because none of them should pretend it has not seen the worst since the outbreak of the covid-19 pandemic”, an analyst told Energy Window International Editor in Chief in a telephone chart.
At the beginning of April, through the OPEC+ accord, Saudi Arabia was able to cut its production from around 12 million b/d to 8.5 million b/d, with an additional 1 million b/d of re-calibration it planned for June. Russian production, on the other hand, and according to the International Energy Agency, was slashed from the original 10.5 million b/d to 8.5-9.0 million b/d. Meanwhile global shut-ins, reported to have been prodigious well beyond OPEC+, and imploded well reinvestment, have helped stabilize the global oil market.

“The deal is a positive development”, the report quotes the analyst as saying, “and, unless a second Covid-19 wave hits the world, it will be the backbone of a quick recovery for the energy industry. That is due to the oil stocks decrease that we will see as a result of the production deficit. Stocks are now what keep prices at relatively low levels and when the quicker they fall, the faster we will see prices rise.”
“Also, when demand comes back to pre-COVID-19 levels, not all of the production will be there. Some shut wells will not come back and due to the lack of drilling amid natural production decline, supply will be modest. And prices will have one more reason to strengthen further.”

All of the crisis combined are strong drivers of dramatic changes within the upstream sector, with the oil price crash wiping over US$1.6 trillion off the valuation of the global upstream industry, Wood Mackenzie said.
Andrew Pearson, vice president, upstream, was quoted to have said: “This figure captures the impact of Wood Mackenzie’s downgraded long-term Brent price assumption – now US$50/bbl (2020 terms), rather than the previous US$60/bbl – and much more.

Taking a swipe across regions and players in assessment of who’s bearing the brunt of the price crisis and covid-19 impact most, Wood’s team said their first observation was that the global upstream development spend for 2020 was hovering around 30%, with North America, Africa and Asia receiving it the hardest, and this is amidst concerns that recovering to pre-crash levels was not foreseeable, particularly in the short term.
They have further observed the following which among others include, that only nine major FIDs were likely to go through in 2020, against the pre-crash figure of around 50 new project approvals. They were also of the belief that OPEC+ oil production cuts and market-driven shut-ins were likely to reshape near-term supply outlook. Pointing out that because valuations for oil sands and heavy oil were hit hardest in percentage terms – down more than 50%, more than US$1 trillion had wiped off conventional onshore and offshore projects. More than 40% of future projects was said to now generate an IRR of less than 15%, with tight and heavy oil cash flows groaning the most.
Fraser McKay, vice president, upstream, said: “The oil price crash and the market uncertainty it caused has affected all regions, all operators and all resource themes. In early March, we anticipated the industry’s response would be rapid and decisive. It has been.

Tough calls have been made, despite a lack of clarity how the Covid-19 pandemic will have on oil and gas demand, both in terms of depth and duration.”
Pearson was quoted to have added: “To date, cuts to expenditure have largely been in line with our expectations. New project spend has stagnated and output has been curtailed, most notably among OPEC+ participants and in the US tight oil sector.

“We have also reacted quickly to reflect the latest view in our global upstream dataset analysis and tools. Our Lens Upstream outlook evolved as the price plummeted, culminating in the data here”, he said.
Ejekwu Chidiebere