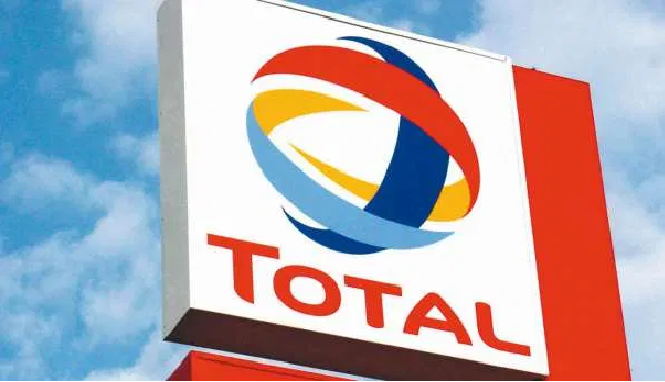 Woods in an email to Energy Window International said the award ceremony was held in conjunction with the global natural resources research and consultancy business’ annual Exploration Summit held online due to covid-19 pandemic.
Dr. Andrew Latham, Vice President, Global Exploration Research, at Wood Mackenzie has this to say: “For the past 12 years, Wood Mackenzie has named the industry’s Most-Admired Explorer after collating the results of our industry-leading annual exploration survey. The survey canvasses views across the sector, marrying Wood Mackenzie’s unparalleled in-depth understanding of the sector with industry opinion.

“We ask respondents to tell us which explorer – aside from their own company – they most admire. We don’t restrict the question to a particular time period or any particular sectors. But most voters clearly have recent success in mind when making their choice.”

Adding he said: “We’ve looked closely at previous winners. If you want to win this award, you need to make big discoveries, ideally as operator and in ideally in new frontiers. For the first five years of this award, the same company won every year – Tullow Oil. Then we saw Anadarko win in each of the next two years. For the three years following that, Eni scooped the prize. Last year, it was ExxonMobil award.

“This year, our overall winner is Total. Total has enjoyed a string of big wins recently, including offshore Suriname. It also completed the play-opening Brulpadda find in South Africa. Total is in Glaucus and others in Cyprus, Ballymore in the Gulf of Mexico Jurassic, Glendronach and Glengorm in the UK, and many other finds.
“And Total has continued to add new high-profile acreage to its portfolio. In fact, at last year’s awards, it won our New Venturer of the Year for 2019. Our congratulations to Total, to the company’s senior vice president of exploration, Kevin McLachlan, and his team for a well-deserved win.

Other awards were announced at the event: to include, Discovery of the Year 2019, New Venturer of the Year, and Explorer Best Adapted for the Energy Transition.

Offering further explanation, the group said the discovery award of the year was based on survey of exploration industry opinion conducted by this group of analysts. Noting that over 200 senior business leaders and experts voted for the discovery they considered the most exciting of the year.

Dr. Latham said: “This is a vibrant business and in nearly every category you can doubtless imagine more than one worthy winner. Last year was another good year for exciting new discoveries, including Glengorm, Orca, Brulpadda, Dinkov and Jethro. There were plenty of big finds, new plays, even company-makers.

“The 2019 Discovery of the Year award goes to Maka Central in Suriname. Congratulations to operator Apache and partner Total, farming-in just ahead of well completion, for what looks to be the first of many great finds in Suriname’s new deepwater play. We already seen follow up success in Block 58 at Sapukara West and more drilling is ongoing.”

The New Venturer of the Year award according to the survey reflects the need for explorers to continually renew their portfolio. Also noting the capture of good acreage as representing a key differentiator in exploration performance.
Dr. Latham said: “Both our research and wider industry opinion reached the same conclusion.
Our winner is Qatar Petroleum, who we’ve seen making bold moves into high-impact opportunities across many different proven, emerging and frontier plays.

“Qatar Petroleum embodies the future in terms of high-impact exploration from National Oil Companies. It is building an impressive acreage footprint in many of the world’s most exciting basins, partnering with some of the best operators in these plays, the majors. This strategy has already brought success in South Africa (at Brulpadda), in Cyprus (at Glaucus) and in Guyana.”

The third award the survey revealed recognized the company that was seen as best placed for the energy transition, results based on the group’s 2020 exploration survey which according to it was a reflection of the views of explorers across the industry according to Woods.
“Clearly, there are many factors that are considered important here,” Dr. Latham said. “Where does exploration fit into the company’s overall strategy for the transition? How clear are its intentions and goals? How is the strategy communicated?

Meanwhile Total SA and partners are set with the takeoff of a multi-well drilling program on Block 11B/12B in September with spud of Luiperd-1. International Oil and Gas Journal reports that the Odfjell Deepsea Stavanger, a semisubmersible rig has already departed Bergin, Norway, for South Africa for this course.

The journal reported Africa Energy Corporation, partner to Total, as saying that the block, in Outeniqua basin 175 km off the southern coast of South Africa, covers 19,000 sq km in 200-1,800 m of water. Adding that Luiperd which is the largest prospect in the Paddavissie fairway, at the southwest corner of the block, has been de-risked by the nearby Brulpadda discovery and subsequent 3D seismic work. The basin-opening Brulpadda oil and gas discovery on the block was drilled by Deepsea Stavanger in February 2019 according to the Journal.

Total South Africa was reported to have idled the Odfjell Drilling Deepsea Stavanger semi-submersible drilling rig in Norway for an unspecified time due to ongoing restrictions related to the coronavirus (COVID-19) pandemic.
Deepsea Stavanger is on contract with Aker BP and Total to first quarter 2021 with an option to extend until end of 2022, with Total to compensate Odfjell during the downtime, as the end of the idle period is expected to signal mobilization and movement of the rig to Total’s oil field.

Gastech appoints Anne-Sophie ahead of 2023

LNG: Why China can’t be tied to US apron string