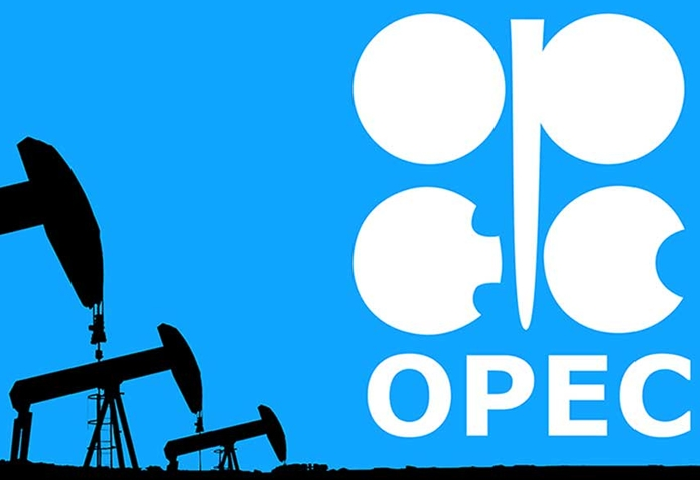 The popular political maxim, “No permanent friend, and no permanent enemy” seems to resonate more now than before in the global oil industry under the dreaded covid-19 pandemic. Pressure from covid-19 seems to have put enormous challenge on countries, OPEC and none-OPEC, in finding a common ground for reconciliation on issues of oil production and supply, not just to keep a stable and profitable price level, but also to keep and sustain economic activities. “For it seems that the global oil trading under covid-19, there is no victor and no vanquished”, OPEC correspondent reports

The intervention of the US, the G-20, and other leading producing countries, says OPEC Secretary General, Mohammad Sanusi Barkindo while speaking to IHS Markit Senior Vice-Pres. Ambassador. Carlos Pascual, was vital in securing April’s production deal to rebalance and stabilize oil markets reeling from the pandemic.

“Everybody has a role to play”, says Barkindo who was also quoted as saying, “there is no objective whatsoever from us as a group or as individual countries to drive US shale production out of business…Without the US shale probably, we could have entered into a worse crisis than we are seeing in this pandemic”, he said.
Stating that the pandemic has proven beyond reasonable doubt the need to revisit the governance architecture of energy, climate change, and possibly geopolitics, and that “multilateralism cannot be replaced.”
OPEC meeting had risen with the view that for the first time in many decades, it has come face to face with a double whammy of demand, as well as unprecedented, unparalleled supply shocks.

“We had the mechanism of the Declaration of Cooperation between OPEC and Non-OPEC producing countries in place way back in December 2016 as a result of the last downturn. We had worked with this mechanism in the last 4 years with our partners in the non-OPEC countries.

“We did not need to reinvent the wheel. We decided to rely on this same mechanism, this same framework, but trying to cope with the proportions that we faced, and hence the historic decisions on April 9 and 12 to adjust supply globally by 9.7 million b/d.

“But already we were facing projections of nearly 30 million b/d demand contraction in the month of April and between 25 to 30 million b/d in the second quarter. We tried to cobble together this agreement despite the differences among us and we welcomed the participation of the biggest producers in the world, in particular US that took it upon themselves to ensure that we were able to bridge the gaps between us, to restore communication between us, to finally take this decision including to the minutest details of the volumes. We are grateful to the US and other leading producers around the world that rallied around, including the G-20”, Barkindo said.

“The current governing structure of the Declaration of Cooperation, bringing in 24 producing countries together, is in itself burdensome in terms of its efficient operations because each producer, big or small, has one vote. That gives that country some sort of veto on the decisions taken. It was always a huge test to get consensus from all the participating countries.

“In March it was clear it was one of those meetings that we couldn’t get consensus and therefore we had to adjourn to continue consultations among ourselves. Because of the magnitude, the horrific numbers in the market, the meltdown of the oil market, this is something that was unparalleled. World leaders in many producing countries had to step in. When ministers reach their limits in terms of their ability to compromise to provide some flexibility, the political leaders normally take over. Their intervention saved the situation.”

“We were able to reach out to the US independents and we had established a line of communication with them. We have reached some level of comfort among ourselves. They have been participating also at their own levels to ensure that this conversation is inclusive and is led by the biggest producers.

“There is no objective whatsoever from us as a group or as individual countries to drive US shale production out of business. No. It is not in our interest to do that. It is not in the interest of the global industry to do that. Without the US shale probably, we could have entered into a worse crisis than we are seeing in this pandemic.

“Everybody has a role to play. We need to balance the various variables. You have supply. You have demand issues compounded by a virus that has triggered a worldwide pandemic and is still ongoing. Therefore, nobody can say for certain what the outlook would be in the short-term, let alone the medium term. We are very much appreciative of the support and the cooperation we are getting from the US both at the level of policymakers as well as from industry. This industry is a global industry. Without the leadership of the US it would be impossible for any group of countries to be able to maintain sustainable stability.”

“Now there is a thin line between OPEC member countries and the non-OPEC countries operating in the Declaration of Cooperation. Sometimes I speak more in a day with the non-OPEC countries than OPEC member counties. We share information and strategy without any encumbrance between us. We have also seen as a result of this pandemic now we are even going out to countries beyond the OPEC+ and we are now talking about a new governance structure possibly going forward.”

“The entire framework is voluntarily. That is the fundamental aspect of this Declaration of Cooperation that brought together countries with diverse backgrounds, diverse national interests and capacities as well as capabilities. But it is the same countries that decided way back in 2016 that, for our decisions to have the credibility that they deserve in the eyes of the market, we need to put in place a monitoring mechanism and hence we established the structures of the Joint Ministerial Monitoring Committee to work with the secretariat to ensure that all participating countries comply 100 % with their obligations. This has worked in the last 4 years. We have seen compliance levels rising well beyond 100%, both voluntary and involuntary.

“Now this time around there is a new element that has been introduced because we have gone beyond the OPEC+: the countries who are outside this alliance that have come on board to participate with us.
“We went further to also institute a new element whereby countries who have some difficulty in one month and for some technical or operational reasons were only able to comply 90%, so we have introduced this element where they can compensate for that 10% in the subsequent months. We think this is very fair, it’s equitable. It also gives the market the guidance that it requires that we are very solid on these numbers. These numbers are sacrosanct.”
He went ahead and said: “The fundamental objective of both the OPEC and the OPEC+ is to restore stability to the market by helping to bring supply and demand to some form of balance in the market. One metric that has worked since 2016 has been the stock levels, the inventories, and the 5-year average.

“We have no price objective. We are focusing on the supply and demand balance that would issue up continuous investments in this industry to ensure that security of supply is guaranteed, not only for current but for future demand growth.”

“Post-COVID-19 we need to, as an industry, dwell in great detail what type of structures we need to have in place, drawing from the experiences of these few months and how the whole world has shaken in order to not only avoid future occurrences but also to put the world on the right pedestal in terms of energy and climate change. We need to really come up with a governance structure that will prepare the transition in a climate-friendly fashion.

“The pandemic is a health pandemic, but it has impacted on the global economy. It has also impacted on climate and the human communities around the world. There are some projections going forward that we cannot continue in the current fashion. And the structures that we have now may not be adequate for us. It is up to us as industry, as policymakers, as scholars to get together without any encumbrances to really take a holistic review of what we have in place. OPEC will be 60 this September. We intend to use this opportunity to review our existence in the last 60 years—where we failed, where we should have done things separately, and how do we adapt to this fast-changing world going forward.”

Meanwhile, the OPEC Secretariat has launched the 55th edition of its Annual Statistical Bulletin, ASB, Monday, 13th July 2020. The Annual Statistical Bulletin is one of OPEC’s flagship publications providing a wide range of data on the oil and gas industry worldwide, as well as key economic indicators. It serves as an important source of reliable information for research analysts and academics, as well as policymakers and other industry stakeholders.
Launching the bulletin, OPEC Secretary General Mohammed Barkindo commended the information department for hatching the idea and translating it while maintaining that all hands must be on deck in providing all the necessary information capable of promoting productivity and enhancing growth across all strata of the industry.