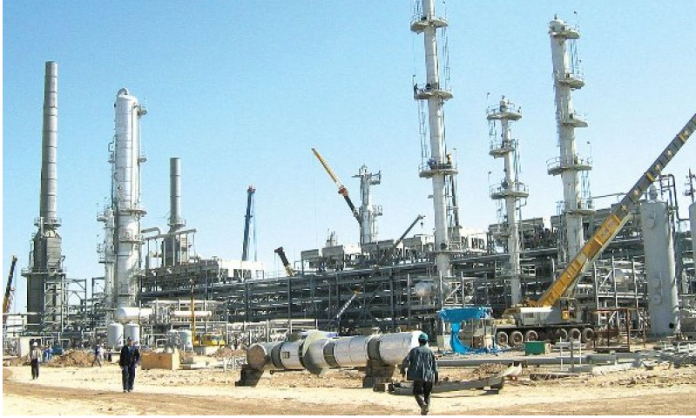 McDermott International Ltd. has been awarded an engineering and procurement contract from Azikel Petroleum Ltd. for the modular 12,000 barrels per day hydroskimming refinery to be located in Yenagoa, Bayelsa State South-south Nigeria. This is coming after so much bouts about whether the local people of the Niger Delta have the skill to set up modular refineries.

The scope of the contract according to email report to Energy Window International among others include, comprehensive engineering and design of everything about the inside battery limits (ISBL), as well as equipment supply inside the ISBL, which will include all marked products. The contract award was sequel to McDermott’s successful completion of the front-end engineering design, having worked with Azikel Petroleum on the project since 2018.
“McDermott has been an integral part of what is one of the few refineries to be built in Nigeria and we look forward to expanding our presence further by delivering the next phase of this important project,” says Tareq Kawash, Senior Vice President of McDermott in Europe, Middle East and Africa.

“Our decades of modularization experience makes us uniquely positioned to deliver this scope and the team has done a great job of developing a simple process design that meets all of Azikel’s product specification requirements.”
Azikel is expected to build the facility, with early construction to include site recovery and backfilling, completion of roads, perimeter fencing and drainage, as well as security gates. Other jobs include the building of administrative and maintenance blocks, terminal cum operation, and feedstock tanks. Construction is already underway on a 200m pier with shoreline protection, to be used for the delivery of refinery modules and other equipment.
Dr. Eruani Azibapu Godbless, President of Azikel Group, stated that the Azikel Refinery would be a flagship project for Nigeria, as it is the first hydroskimming refinery to get to this level, at least within its category as a modular refinery.

Adding that McDermott was awarded the contract based on the high level of confidence and professionalism it has exhibited so far, as it hopes to complete the project by 2021.

McDermott International, Inc. is a Panamanian-domiciled multinational engineering, procurement, construction and installation company with operations in the Americas, Middle East, the Caspian Sea and the Pacific Rim, with headquarters within the Energy Corridor of Houston, Texas.