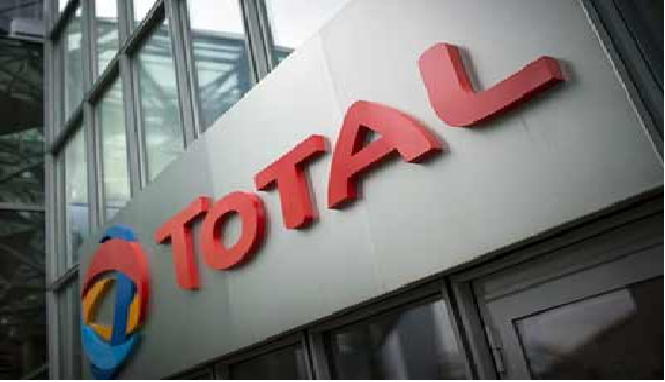 Total Exploration and Production Nigeria Limited said it spent over N1.2bn to complement government efforts in the fight against covid-19 pandemic in Nigeria.

The company had, during an interactive session with the media on Thursday March 25, 2021, explained that it made massive interventions certainly because it sees Nigeria as a home to the communities where its operations take place.

The Executive Director, Corporate Affairs and Services, Abiodun Afolabi who stated that Total was committed to sustaining its intervention projects, said that each would be made known upon completion. Adding that the company prefers to complete its programmes and projects before talking about them.

“For us, it is not a short-term aim; what we are doing is for the long term. We want to see that what we are doing is sustainable. Our own is not just to deliver and walk away, we donate and follow up to see that what we have given has brought value, or the envisaged impact”, Afolabi said. Adding that by so doing, lessons of how to take the project to the next level would be learnt.

The Company explained that it was part of the NNPC-led effort that a collective donation of N21billion was made to the Federal Government, by a number of companies who also pledged to help fight covid-19 until it is defeated.

The donation which was done in phases had provision of medical consumables, logistics, in-patient support services and medical infrastructure in the first phase. Total is also building two emergency and infectious diseases hospitals, with each to be located in Maiduguri and Katsina. This is besides two diagnostic centres, to be cited in Minna and Damaturu.

For Lagos state, the Company said it made a donation of 20 hospital beds, 2 surgical ventilators and 2 primaflex dialysis machines. It also provided 50,000 litres of fuel/diesel, and more than 2,000 face masks.

In Rivers State, the company said it made donations of food items which comprised 800 bags of rice and 6,000 tubers of yam. Other items include 3,000 cartons of noodles, specifically for the Egi Communities. Erema General Hospital in its OML 58 got medical beds, safety gowns, goggles and sanitizers. Sprayers, drugs, disinfectants were also provided. The 6th Division of the Nigerian Army in the State was not left out, as medical equipment of a high standard was equally donated.

The company through Alex Aghedo also has this to say: “Realizing that the challenges brought about by the pandemic could potentially worsen the situation of persons living with HIV/AIDS, we reached out to the Network of People Living with HIV/AIDS in Nigeria, NEPHWAN in Lagos with foodstuff, sanitary products and the much-needed antiretroviral drugs.”

Mr. Aghedo who quoted the Federal Ministry of Health as saying that more than 625,000 deaths occur annually in Nigeria from hypoxaemia, (abnormally low concentration of oxygen in the blood) said children were not also spared as pneumonia which results from hypoxaemia, leads to the annual death rate of about 120,000 of these infants in Nigeria. Adding that the pandemic further exacerbated the already bad situation in Nigeria.

He said: “In Nigeria, the Covid-19 pandemic simply made an already bad situation even worse. In collaboration with the Lagos Ministry of Health and our partners (NNPC, CNOOC, SAPETRO, Prime) we decided to build and donate a medical oxygen plant at the Gbagada General Hospital. We believe that this facility would be useful even beyond the covid-19 pandemic. It would not only help improve the State’s capacity to care for Covid-19 patients, but also further strengthen capacity to manage other conditions associated with oxygen deficiency.’ He added that the facility was in the last stages of construction and would be handed over to the Lagos State Government very soon. He also stated that the plant could cater for the needs of Lagos and other nearby States daily when operational. The company also recalled similar interventions it made during the time of Ebola.

In his remarks, moderator of the session and the Country Communication Manager, Dr Charles Ebereonwu noted that the stories of the company’s contributions at various levels of government was not intended to blow its own trumpet, but to inspire others to also follow its footprints, for a better Nigeria, and improved livelihood among Nigerians.

“By the time we aggregate the small bits of efforts of responsive corporate organizations like Total, a critical mass would have been achieved for economic development”, he said.

Total, originally SAFRAP came into Nigeria more than half a decade ago, with key role, and as a strong partner with the Nigerian government and private investors, toward building a strong and virile oil and gas industry. Over the years, It has kept its flag flying as both upstream and downstream giant, and unrivalled in its commitments to corporate social responsibility, Health, Safety and the Environment.