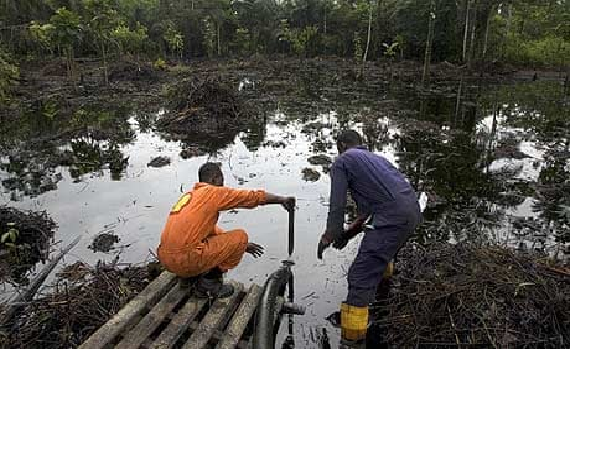 Movement for Survival of the Ogoni People, MOSOP, has said the Royal Dutch Shell’s exit from farming crude oil in Ogoniland, Rivers State, since 1993 has cost Nigeria at least $178.85 billion in losses.
Factional President of MOSOP, Fegalo Nsuke, in a statement in Port Harcourt, yesterday, equated the figure to an estimated N72 trillion, saying it “represents oil revenue alone as revenue losses from gas are inestimable due to non-availability of statistical evidence,” adding that Ogoni gas potentials and revenue generation capacity far exceeded that of its oil.
Fegalo, who addressed MOSOP Congress in Bera, Gokana Local Government Area of the state, blamed Nigeria’s mismanagement of the Ogoni crisis for the huge financial losses.
He said: “Based on available evidence from the oil industry, Ogoni oil production stood at 350,000 barrels per day before the exit of Shell in 1993. At an estimated average $50 per barrel, Nigeria has lost some $178.85 billion for mismanagement of the Ogoni crisis.
“We urge Nigeria to accept the offers by MOSOP for implementation of an Ogoni Development Authority to pave way for peaceful resolution of the conflict. “The continual delay by relevant agencies of government to accept the Ogoni demands and reach a deal with the Ogoni people does not only amount to economic sabotage but represents a threat to the security of the country.
“Money runs the government and so when those in government fail to take advantage of opportunities to resolve issues that affect the national economy, it does not only amount to sabotaging the economy but is also a threat to national security.
“The inability of decision makers to peacefully resolve the Ogoni crises in over 28 years leading to the loss of over $178 billion amounts to sabotaging the economy and national security.”
He assured the Ogonis of MOSOP’s commitment to Ogoniland development and urged them to remain peaceful as the leadership of the movement is committed and will continue to push forward the proposals for a peaceful resolution of the conflicts and the vision of the struggle.
Vanguard Report.