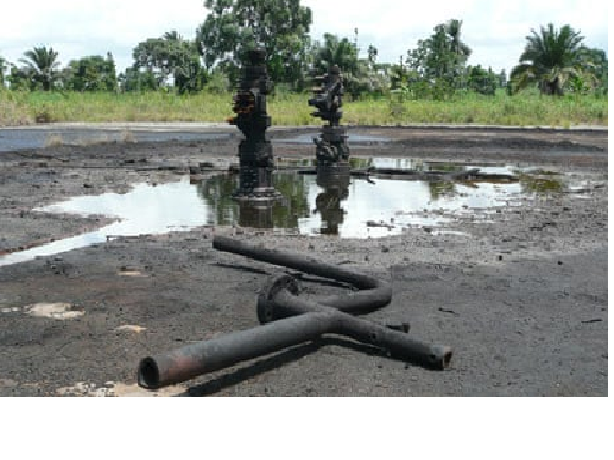 Victims of the 2011 Bonga oil spill have demanded that Shell Nigeria Exploration and Production Company, SNEPCO paid immediately the sum of $3.4billion fines and awards to them as imposed by the National Oil Spill Detection and Response Agency, NOSDRA.

The victims, under the auspices of the Artisan Fishermen Association of Nigeria, AFRAN, Niger Delta Chapter, in a communique issued at the end of their New Year review and agenda-setting meeting in Port Harcourt, insisted that the fine and awards were upheld both by the National Assembly through the House Committee on Environment and the Federal High Court.

The communique, which was signed by Chairman, AFRAN Niger Delta Chapter, Pastor Samuel Ayadi and three others, said the Bonga oil spill led to the untimely death of many of the members of the association as a result of the attitude of Shell subsidiary towards the victims.

It reads in part: “The Shell Bonga Oil Spill of 20th December, 2011 and the consequent stay away order made by NOSDRA to save the lives of Nigerians especially the fishermen has foisted great hardship on the fishermen plying their livelihoods sustenance trade on the coastal waters. This hardship which has led to the untimely death of many of the members of the Association is as a result of the attitude of Shell towards the victims.

“That Shell never empathized with the victims even during the height of the spill impacts even when it had been determined through a Post Impact Assessment that the spill was as a result of operational failures and an estimated 40,000 barrels of crude oil had been pumped into the waters – operational fields of the fishermen/women.”

“We demand on behalf of all the victims of the Shell, SNEPCO Bonga Oil Spill which is rated globally as one of the most devastating, that Shell pay immediately the fines/awards of $3.4billion imposed on it by the National Oil Spill Detection and Response Agency, NOSDRA which fines/awards were upheld both by the National Assembly through the House Committee on Environment and a competent court of the land -the Federal High Court in Lagos.

The communique however commended President Muhammadu Buhari-led federal government for giving listening ears to AFRAN, saying that Buhari’s fatherly disposition made it possible for NOSDRA to pronounce the fines against SNEPCo.

It said: “The present Federal Government led by President Muhammadu Buhari has given the Artisan Fishermen Association of Nigeria victims of the Shell Bonga Oil Spill the most listening ears.

“The struggles for justice and faith in a peaceful and lawful resolution of the issues of the spill coupled with the fatherly disposition of Mr. President provided the opportunity for NOSDRA to pronounce fines and awards against Shell to the tune of $3.4 billion.” Leadership.

Shell sees US$4.5 billion investment opportunities in France Meanwhile, Shell has identified 4 billion euros ($4.5 billion) of potential investments in France to support the country’s efforts in the development of sustainable energy sources, a local news medium had reported.
Areas of investment would be in offshore wind farm projects, the creation of electric vehicle battery charging stations and the production of hydrogen and biofuel for airplanes, according to the local new agency.
French President Emmanuel Macron was reported to have announced recently a 21-new investment projects, which according to his office represented a total of 4 billion euros. Adding that the statement, coupled with Shell’s interest which are only coming just a few months before the presidential election, may help boost his credentials for wooing foreign investors.