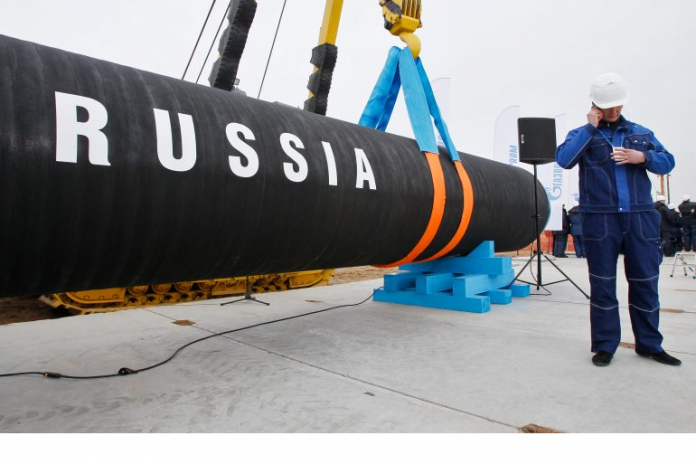 In the early days of Barrack Obama as president of the United States, he made it unequivocally clear that America under him would pursue an energy policy agenda that would keep the country away from the trouble of relying so heavily on oil and gas producers across the globe for its oil and gas imports. He maintained that he would make America self-sufficient in energy security to avoid living at the mercy of producers who may not want to think twice before they use oil or gas as a weapon against the country’s economic and political stability. For Europe, there was perhaps no cause for alarm notwithstanding several threats ny Russia over the years to cut gas supplies which a few occasions were activated thereby creating a level of economic and political tension.
The weapon is being prepared once again for policy and economic warfare as Oil Price Haley Zaremba reports a much tougher energy crisis across Europe in the meantime, even as governments struggle to quell it through “stop-gap” policy measures and subsidies.
Haley stated that the past year has seen a stunning 330% surge in gas prices across European markets, hitting consumers extremely hard at the same time that the global economy is attempting to recover from and adapt to the ongoing novel coronavirus pandemic. Maintaining that until now, governments are still grappling, indeed much more overwhelmed with the skyrocketing inflation, seen across every stratum of governance – economic, health, and political.
Quoting Reuters as saying that several billions of euros have so far been spent by the European leaders in an attempt to shield consumers from record-high energy prices, and of course themselves from voters’ wrath” even though the efforts have fallen far short of making the mark.
“BofA analysts”, quoting Haley Zaremba, “estimate the average western European households spent around 1,200 euros ($1,370) a year on gas and electricity in 2020,” Reuters writes. “Based on current wholesale prices, they estimate this will rise by 54% to 1,850 euros.”
Adding that efforts to protect consumers and impose damage control on energy markets have included removing VAT taxes on home energy bills, sending relief directly to impoverished households, and, in some cases, staking moratoriums on crypto-currency mining, a remarkably energy-intensive practice that is sapping many Eastern European energy grids dry as miners capitalize on subsidized energy costs in poor countries including Kazakhstan and Kosovo. “However, these measures don’t hold a candle to the crisis continuing to unfold.”
“Measures announced so far in western Europe will only cover about a quarter of the price rises on average,” Harry Wyburd, European utilities analyst at Bank of America Securities, was quoted as saying.
“With inadequate policy power to combat the crisis and increasing geopolitical tensions in the region, the crisis is set to get much, much worse.”
Again, and according to Haley, the ubiquity that now characterize supply activity has reasonably disrupted the energy sector as products are inadequate to meet with demand. Added to the woes Haley says are the geopolitical activities that seem to worsen the situation Russia’s supply threats heighten. Noting that Russia provides around 40% of Europe’s natural gas and over 50% of Germany’s needs.
Meanwhile, Putin’s Russia is reported to have very strong advantage over Europe in case the later does not comply with conditions as laid down by the former even as tension rages between Russia and Ukraine, and as US tries to mediate, a move which seems to run contrary to Russia’s ambition and expectation.
The pipeline, which would pump Russia’s liquefied natural gas straight to Germany, bypassing Ukraine entirely by way of the Baltic Sea, is both strategic as well as a point of major geopolitical tensions, as many in the west think that it would give the Kremlin far too much power over European markets, increasing Russia’s already prodigious political sway in the region. While the pipeline is already under construction, Moscow is waiting on the green light from Berlin to bring it online. Berlin, however, is under severe pressure to hold off on the project and avoid kowtowing to Russia, especially at a time when the nation’s aggression is becoming worryingly unchecked and an invasion of Ukraine is on the cards.
With Oilprice.com