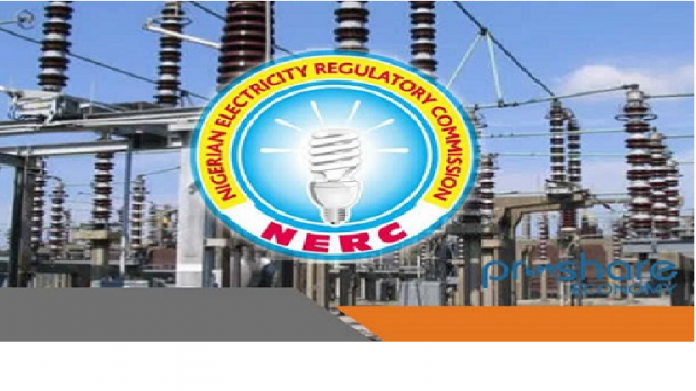 The Nigerian Electricity Regulatory Commission, NERC says it has identified key strategy that will guarantee improved and steady electricity supply to consumers in Nigeria. The Chairman of the Commission, Sanusi Garba who said that the measure was coming into place the first time since the advent of electricity in Nigeria, was necessitated by, among other things, the growing concerns of the deplorable power supply situation in the country, as well as the urgent need to ensure that Nigeria joins the fray of the technologically and economically advanced and developing countries such as Singapore who, like Dr. Usman Abba Arabi, General Manager/Head, Public Affairs Department of NERC said, was able to achieve so much success in its power sector within a very short space of time.

Speaking during an interactive meeting with the media, the third or fourth in the series in Lagos recently, the NERC Boss said the strategy was identified following series of stakeholder consultations that eventually saw a good working relationship among the key branches of the Nigerian power sector, namely the Gencos, Discos, and Transmission companies as a sine qua non for power sector growth, stability and sustainability.

“We have also identified partners for the gas contract to deliver the 5000 megawatts. It has not happened before”, the NERC Boss said.

“All the engagements with the Transmission Company of Nigeria TCN so far confirmed that the transmission company has the capacity to transmit 5000 megawatts”, adding that the Commission was already poised to address every single commercial issue precluding effective flow of electricity.

“Every single effort is geared towards achieving service delivery and hitting 5000 megawatts by July 1 2022, a step which sets in motion an effective synergy that could facilitate and sustain the commercialization process of ‘give and take’ among the three strategic arms of the country’s power sector.

According to him, grid failures and power collapse can only be recorded when there is lack of coordination among operators which is also the case in Nigeria.

“For grid failures and power collapses stem from the inability of these three major stakeholders in the sector to work hand in hand, putting all blame games behind them, as one critical fault in one arm can drag the operation of the other two down thereby creating more problems than solutions.

“The contract is binding on all the players across the sector’s value chain, and stipulates penalties on any defaulting party”, he noted.

“We have had discussions with the gas suppliers within our regulatory space. We have them on board to ensure that once we made the commercial requirements, gas was going to flow.

“Now, for transmission we have heard of figures well in excess of 5000MW and clearly TCN will be able to deliver that.

“I recall clearly that in March last year we had 5,400MW. So, it means it is quite possible based on signed commitments.

“So, in a situation where the Gencos are able to deliver 5000MW but TCN is unable to do so” Sanusi Garba went a little further to simplify, “they’ll pay the penalty to the generation company, and it continues in this fashion.

“Whenever the power is available and DisCos do not take the power, they will pay liquidated damages that will compensate other market participants.

“We may not have 24/7 power supply from July 1 but Nigerians will see the trajectory because the target is to see, on the average, at least 5000MW daily for transmission and distribution”, he said.

While listing some other most common complaints in the electricity sector to include issues of meter, estimated billing and lack of service delivery, the NERC Boss said the Commission had already set the ball rolling on meter installation, with the first phase of the National Mass Metering Programme NMMP scheduled to commence by the end of August 2022, thereby giving commercial impetus to the MoU which was signed recently between the two key players in the Nigerian power sector.

In his own contribution, the Finance and Management Commissioner, Rogers Shatti said that the procurement process to materialize the four million metres started in the early part of 2022, with about 45 local meter manufacturers submitting bids, pointing out the Commission’s plan to conduct a comprehensive review to ascertain all-round capabilities of the local meter manufacturers, “and we are looking at the end of August to begin to see meters from our local manufacturers going to the distribution companies and of course to consumers” he said.

While maintaining that discussions were ongoing at the National Assembly to establish a new Electricity Act that would address offenses on breach and theft, Dafe Akpeneye, Commissioner, Legal Licensing and Compliance said the Act would attract investment into the Nigerian power sector.

“The Electricity Act is a proper legal framework that will address breaches in the sector while ensuring that there is a robust platform in place to attract investment into the sector”, he said.

Garba who finally reassured that Nigerians would soon begin to see some level of improvement in power supply also said that the Commission was investing massively as well as taking urgent steps to ensure that meaningful progress was made towards meeting set target.