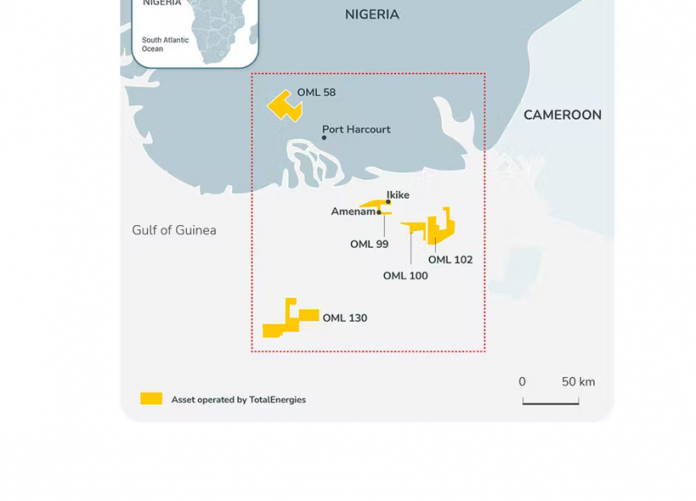 TotalEnergies, one of Nigeria’s oldest business partners has announced kick-off of oil production at its Ikike field on OML99, said to have been launched a few months before Covid-19, and located 20 kilometers off the coast, at a depth of about 20 meters. The platform is tied back to the existing Amenam offshore facilities through a 14 kilometer multiphase pipeline and is expected to hit peak production of 50,000 barrels of oil equivalent by the end of 2022, designed to serve as low cost and low emission project, the company said in a press statement.

The Ikike project is not only designed to minimize green gas emissions estimated at less than 4kg CO2e/bor thereby contribute toward reducing the average carbon intensity of the company’s upstream portfolio, it will also help leverage existing facilities to keep costs low. In addition, 95% of hours were worked locally: the jacket as well as the topside modules were entirely built and integrated by local contractors.

“TotalEnergies is pleased to start production at Ikike, which was launched a few months before the covid pandemic, and whose success owes a lot to the full mobilization of the teams. By tapping discoveries close to existing facilities, this project fits the Company’s strategy of focusing on low-cost and low-emission oil projects.”

TotalEnergies is the operator (40%) in partnership with the Nigerian National Petroleum Corporation (NNPC, 60%).