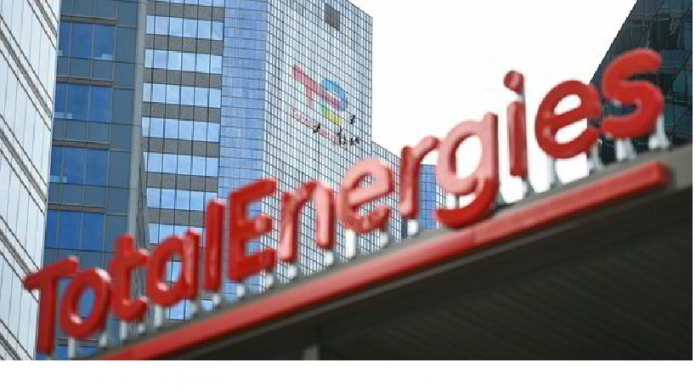 The life we live is driven by energy. Energy nourishes and sustains our world. Since the dawn of our modern day industrial era, crude oil as energy source of choice, (a position it has sustained for the past decades), has played very significant role in the drive of industry especially in the transportation sector of the global economy. But since the turn of the century, we have witnessed great leaps in the transportation sector and a tilt toward other energy sources. We have increasingly seen electric and of course hybrid cars that depend on less and less of oil as energy. The demand for crude oil in the energy market is declining as many countries, including the embattled Europe, look toward the natural gas market and other forms of alternative energy to meet their escalating energy requirements, a development which has been set in motion by the Russian-Ukrainian war of the recent months.

Again, owing to stiff price regulations of global oil supply controlled by the global oil cartel OPEC, many countries and international demand centers for crude oil are turning their gazes elsewhere to overturn the strangulation of their economies with the growing volatility in global oil prices.

Natural gas has a natural cost advantage over oil, and with the rising volume of reserves ready for exploitation world over, prices are billed to descend lower in the foreseeable future, and again, the question is about which or how many of the oil majors are taking advantage of this development?

In Nigeria and across the world, TotalEnergies, a French oil major, has been on the prowl, looking out for opportunities, engaging in Final Investment Decisions, FIDs for gas projects, executing and commissioning others. TotalEnergies’ long-delayed Nigeria gas project – the Ikike field for instance, originally due online in 2013, had finally come on-stream after a very long period of setback, resulting from Covid-19, but much more from Nigeria’s political, fiscal, and legislative bottlenecks, the combination which almost frustrated the actualization of the project. The Ikike field is a tie-back to existing facilities located offshore Nigeria.

Back in 2018, the local media disclosed that Total (now TotalEnergies) had been preparing to make the FID of the Ikike project. A year later, reports started circulating that the oil major was working on sanctioning the development of this project.

At the time, the project was expected to be developed as a tie-back to Amenam five-well platform, while production was originally anticipated in 2020, an anticipation however which was based on a potential FID in 2018.

Upon kick-starting of production at the facility, Henri-Max Ndong-Nzue, Senior Vice President Africa, Exploration and Production at TotalEnergies, said: “TotalEnergies is pleased to start production at Ikike, which was launched a few months before the covid pandemic, and whose success owes a lot to the full mobilization of the teams. By tapping discoveries close to existing facilities, this project fits the company’s strategy of focusing on low-cost and low-emission oil projects.”

Located 20 kilometres off the coast, at a depth of about 20 meters, the Ikike platform is tied back to the existing Amenam offshore facilities through a 14 km multiphase pipeline, according to TotalEnergies. It’s expected to deliver, according to the company’s data, peak production of 50,000 barrels of oil equivalent per day by the last quarter of 2022.

Reiterating, the company said the Ikike project would leverage existing facilities to keep costs low. Adding that It was basically designed to minimize greenhouse gas emissions, estimated at less than 4kg CO2e/boe. This was while appraising its 95 percent local capacity deployment, the construction and integration of the jacket and topside modules having been left in the hands of the local contractors.

The French player (40 per cent interest), is the operator of the OML99 license where the field is located and its partner is the Nigerian National Petroleum Corporation, NNPC (now Limited), holds the remaining 60 percent stake.

Away from Nigeria, to the Republic of Angola where the firm, with a planned “multi energy strategy”, announced the launch of the Begonia oil field, Quiluma and Maboqueiro gas fields developments, as well as its first photovoltaic project in the country, with a capacity of 35 MWp and the possibility of adding 45 MWp in a second phase.

TotalEnergies had announced the final investment decision for Begonia, regarded as the first development of block 17/06, and located 150 kilometers off the Angolan coast, in agreement with concession holder Agência Nacional de Petróleo, Gás e Biocombustíveis (ANPG) and its partners on Block 17/06. Begonia is the second TotalEnergies-operated project in Angola to use a standardized subsea production system, saving up to 20% on costs and shortening lead times for equipment delivery, representing also an investment of $850 million and 1.3 million man-hours of work, 70% of which would be carried out in Angola according to the company’s website.

The field consists of five wells tied back to the Pazflor FPSO (floating production, storage and offloading unit), already in operation on Block 17, expected to add 30, 000 barrels a day to the FPSO production after commissioning in the later days of 2024, all things being equal.

Shortly after CLOV Phase 3, was another satellite project that produces 30,000 barrels a day, launched on Block 17 in June 2022,

Quiluma and Maboqueiro, represent Angola’s first non-associated natural gas projects which, consequent upon the final investment decision for the “Non Associated Gas 1”, NAG) project, left the Company with an 11.8% interest alongside its partners, Eni (operator with 25.6%), Chevron (31%), Sonangol P&P (19.8%) and bp (11.8%). Gas produced from the Quiluma and Maboqueiro offshore fields is expected to feed the Angola LNG plant, improving Angola’s LNG production capacity and the availability of domestic gas for the country’s industrial development. Production is scheduled to start in mid-2026.

“Begonia, NAG1 and Quilemba illustrate the deployment of our multi-energy strategy in Angola, where TotalEnergies has been active for nearly seventy years,” says Patrick Pouyanné, Chairman and CEO of TotalEnergies.

“With Begonia, the first subsea tieback to another block, we are leveraging the existing Pazflor infrastructure, reducing costs, thanks largely to the standardization of subsea equipment, and continuing to innovate in the deep offshore. With the NAG1 project, we will contribute to the country’s industrial development and enable Angola, from 2026, to increase its LNG production and to contribute to the security of supply of Europe and Asia. Quilemba will allow us to harness the country’s solar potential and develop a sustainable model for the production of electricity. These three projects demonstrate TotalEnergies’ ambition to support Angola during the energy transition by producing energy with low carbon intensity and developing renewables in a country with strong potential.”

Across the sub-Saharan Africa – the Northern part of Mozambique, as well as in Algeria, Totalenergies has not relented in pulling the strings, while keeping the flag at full mask.

TotalEnergies meanwhile said it approved the final investment decision for the Fenix gas field, located 60 km off the coast of Tierra del Fuego in southern Argentina. The company says it expects to invest about $706m in the project.

Through its Total Austral affiliate, TotalEnergies operates the project with a 37.5% interest, in partnership with WintershallDea (37.5%) and Pan American Sur (25%).

According to reports, the Fenix field will be developed through three horizontal wells, drilled from a new unmanned platform in 70-metre-deep water. The gas will be transported through a 35 km pipeline to the TotalEnergies-operated Véga Pleyade platform and treated onshore at the Rio Cullen and Cañadon Alfa plants, also operated by the company. At production start-up which is expected in early 2025, Fenix is anticipated to produce 10m cubic metres per day of natural gas (70,000 barrels of oil equivalent per day).

David Mendelson, Senior Vice President, Americas at TotalEnergies Exploration & Production was quoted to have said: “With first gas less than two and a half years from FID, the Fenix project will contribute to maintaining our production levels in Tierra del Fuego and securing supply to the Argentinean gas market.”

On April 18, Argentinian authorities granted the CMA-1 concession, including Fenix, an extension for 10 years, until April 30, 2041. As a new gas project in Tierra del Fuego, Fenix will also receive the benefits provided for under Argentine Law 19640’s special tax regime.

The French major has also in Oman signed a natural gas exploration and production sharing agreement with the country’s energy ministry. The deal it was reported covers the country’s onshore Block 11, with a first exploration well to be drilled in 2023. TotalEnergies will hold a 22.5% interest in the block, OQ 10% and Shell, holding 67.5%, will be the operator.

“Today’s entry into the Block 11 gives us the opportunity to unlock additional potential to meet domestic and export gas demand,” TotalEnergies said.

In the Northern part of Mozambique as well as in Algeria, Totalenergies is pulling the strings and keeping the flag at full mask.

Disappointing Licensing Rounds: Direct Negotiations Could Be a Win-Win in 2023 for Africa Oil and Gas (By NJ Ayuk)