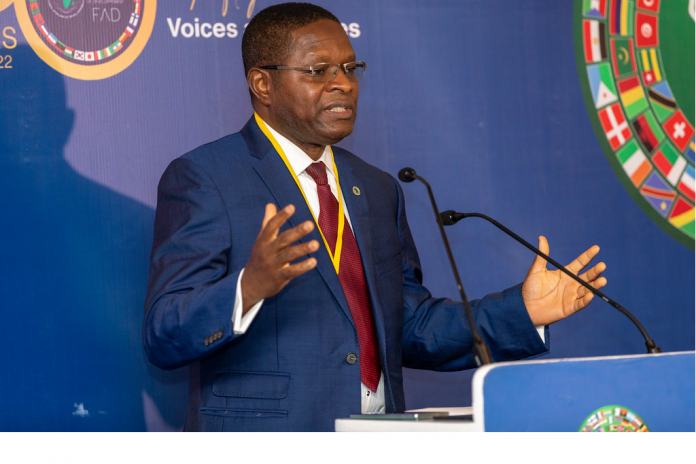 The report titled, Supporting Climate Resilience and a Just Energy Transition in Africa, highlights the growing threat climate change poses to lives and livelihoods in Africa.

While highlighting the need for African countries to take advantage of opportunities presented by the green transition and climate change, Urama said Africa was home to most of the world’s green development minerals, including lithium, nickel, cobalt, manganese, rare earth, copper, aluminum, and natural.  Noting that these resources present Africa with huge potential to lead the world in the emerging climate-resilient development markets.

Urama said world leaders must take climate finance and just energy transitions in Africa more seriously while urging industrialized countries to fulfill the pledge made at the 2009 COP meetings to provide developing nations with $100 billion in climate finance.

He further highlighted the importance of holding further discussion on the financial preconditions for supporting climate resilience and the just energy transition at the next COP27 meeting. Those talks, he said, should include an open conversation on the loss and damages that African countries face owing to climate change impacts.

He added that the current framework for financing climate action favors countries that are more resilient over those that are more susceptible to the effects of climate change, as participants also decried misappropriation of the financial resources for climate change in Africa, insisting that the situation poses huge problems.

Research meanwhile has shown that nine of the world’s ten most vulnerable countries to climate change are in Africa, as the impact of climate change on lives and livelihoods is already costing Africa between 5 and 15% of its GDP per capita growth annually.