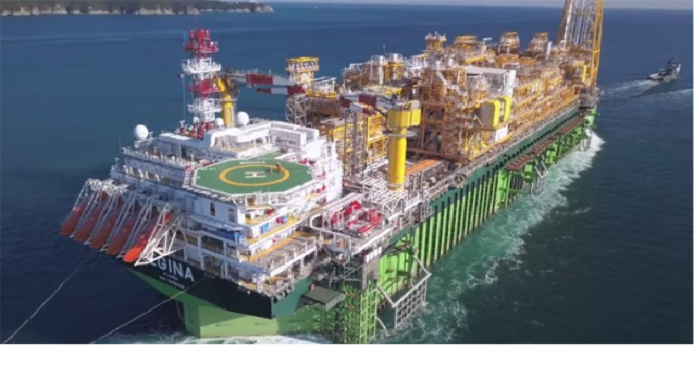 As the call for energy transition through renewables resonates through the length and breadth of the world, the crucial imperative of developing and sustaining exploration and production of crude oil through the hitherto underdeveloped deepwater and ultra-deepwater frontiers has further been highlighted. In the last decades according to several and reliable news sources, only about 25% of the discovered deepwater resources had been developed, with less than 5% reaching a satisfactory level of production. And most of the activity has been concentrated only within three areas of the globe, with a majority of the discovered resources coming from the Gulf of Mexico, Brazil, West Africa, and perhaps the East Asian seas, for activities had been reported within the South China sea, regarded as the largest marginal seas in the rim of the western Pacific Ocean. Meanwhile more than 40% of the newly found reserves are in the deepwater; this is with the expectation that the share of offshore oil and gas production from deepwater would further increase in the future.

It would increase by over 60% between 2022 and 2030, growing from 6% to 8% of overall upstream production, says Wood Mackenzie’s analysts. Ultra-deepwater production – from depths of 1,500 metres and above is hoped to grow faster that by 2024, it will account for more than half of all deepwater production (about 400 metres of water depth or above). Production, based on this, is expected to hit 10.4 million boe/d in 2022 and above 17 million boe/d by the end of the decade, from just 300,000 barrels of oil equivalent per day (boe/d) in 1990, says Woods.

While explaining the potential driver of rapid deepwater growth, alongside challenges and opportunities, in its latest global upstream report, Wood Mackenzie said production would grow by six million boe/d this decade, and this is as Brazil is expected to keep the flag flying as the world’s leading deepwater producer for a longer time, accounting for around 30% of the current global capacity. Guyana, “the most significant new entrant” Wood says, will be producing one million boe/d within the next five years. In total 14 other countries are expected to contribute to the deepwater supply mix in the coming years.

It said the deepwater upstream sector would still remain under the control of a relatively small number of key players, with just about eight companies accounting for 65% of deepwater production and 67% of the remaining project value. It said that among the seven oil Majors who currently dominate deepwater production, operating 22 of the top 25 deepwater assets, Petrobras is standing out, with its deepwater portfolio twice as big as Shell’s, who’s also standing out in terms of production and cash flow, as TotalEnergies and ExxonMobil were appraised for showing the highest rates of growth this decade.

“Deepwater basins tend to be hyper productive, recovering huge volumes of oil and gas from each well, which also translates into high economic returns”, notes Wood Mackenzie which also allays fears of high emission promotion, while maintaining that there was still room for emissions improvement.

“The Majors are focused on cutting deepwater emissions by reducing flaring and methane leaks, optimizing operations at existing platforms and, where possible, facility electrification.”

It said a robust pre-FID project pipeline with the capacity to offer plenty of investment opportunities across a range of jurisdictions was already in the offing, stating the average investment returns in its global database of deepwater development projects as within 24% neighborhood, at US$60 per barrel. Noting that the best returns are generated by smaller oil fields which can be tied back to nearby infrastructure. “The lowest are long leadtime gas supply projects” it said.

While expressing concern over supply chain constraints said service companies have made huge fleet reductions for key equipment such as floating rigs and productions systems since the peaks of the 2010s, adding that this is bound to affect growth in activity levels, as well as constrain equipment and services availability.

“In some regions deepwater rig costs have doubled compared to 2021 dayrates. It has hit global hotspots such as the US GoM and Brazil hardest, Gato do Mato in the Brazilian pre-salt for example, will be delayed by up to two years due to rising costs.

“Constraints in the global deepwater supply chain will, with time, increase lead times and unit costs across the board. Participants have pushed operational efficiencies such as cutting drill-days and modularizing facilities to offset some of the impact, but the hard-fought efficiency gains made during previous downturns are starting to reverse.”